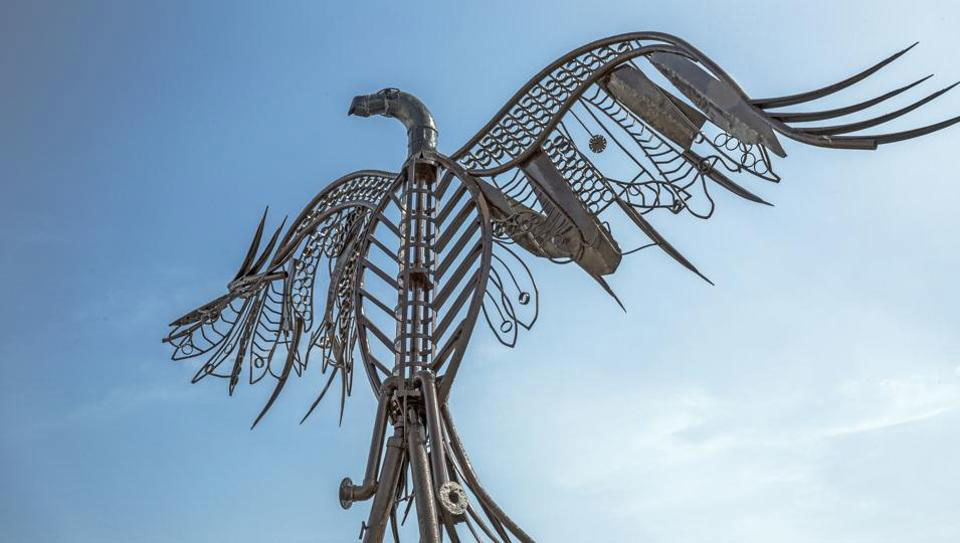 DMRC Collected The Tons Of Waste Discarded By The City & Built A 10-Acre Eco Park From It!

Delhi’s got a whole lot (and we mean A LOT) of waste material that gets collected and makes the city dirty unnecessarily, and hence the Delhi Metro Rail Corporation has decided to take all this waste and build an eco park at Shastri Park Metro Station! Good thinking DMRC!

Spread over 10 acres, Prakriti, as the park is named, has a bunch of recreational and artistic attractions! There’s an artistic installation especially made from Delhi Metro’s waste all put together to create this masterpiece. It’s said that almost one-third of the material used in this park is salvaged material. Wow.

Plus, the park also has an environmental gallery focussing on the need to protect the environment, and showcases how important simple things are like utilization of topsoil from various underground station sites, plantation of medicinal and pollution-absorbing plants and creation of a rainforest for the betterment of the city itself.

Prakriti also has various attractions like an auditorium set up, a playground for kids, an amphitheatre and a fountain! Sounds great!

Let’s head on over and check it out ourselves!