Hauz Khas, once the royal water reservoir catering to the city, is now mostly overshadowed by the posh, ethnic marketplace that you know as the Hauz Khas Village (HKV). While the monuments behind the HKV are easily visible, you may easily miss a lot of smaller ones that dot the entire area. In fact some of them blend so seamlessly with the new apartments and markets that you cannot be blamed if you fail to notice them.

On the HKV Road 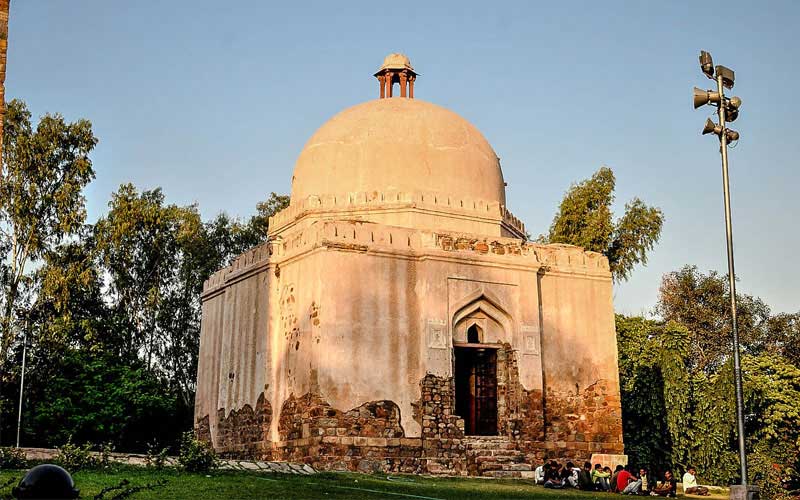 Dadi-Poti Tomb: This is probably the largest and most well preserved of them all. It contains two tombs, supposedly belonging to a grandmother-granddaughter duo. It is not very far from the Aurobindo Place market and is the first one that you will encounter on the HKV road. While their exact identity is not known, they are believed to be from the Tughlaq or Lodi era between the 14th to 15th centuries.

Barah Khamba: The next one on the same road is the Barah Khamba. It is another one from the Lodi period and as the name suggests, it is surrounded by twelve pillars.

Sakri Gumti: It is a narrow dome covering just 4.57 square meters. This Lodi era building has no grave inside and so it is speculated that it might have been a gateway rather than a tomb.

Chhoti Gumti: It is a small dome with an area of 8 square metres. The painted medallion of the ceiling suggests that it is from the Lodi era but the exact details are not known. 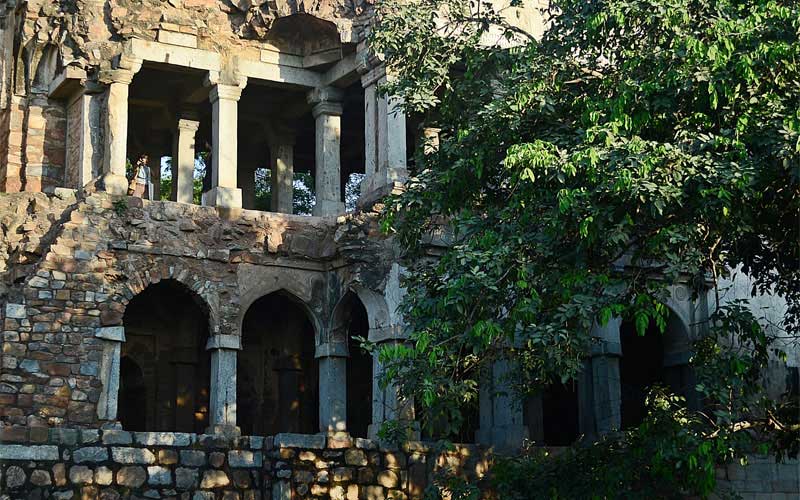 These monuments belong to the pre-Mughal era and display the traits of typical Islamic architecture patronized by the Khilji, Tughlaq and Lodi dynasties. Majority of these “Gumbad”s or dome like structures were built as royal mausoleums although in a couple of cases the exact purpose in unsure.

Near the Hauz Khas Lake 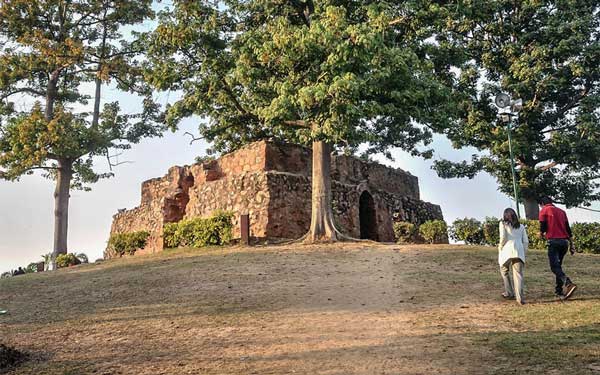 Munda Gumbad: The Munda Gumbad can be found at one corner of the Hauz Khas Lake and it is not far from the Deer Park either. It is believed to have been built at the time of Allauddin Khilji. Time has taken its toll and the roof has disappeared, thus lending it the present name. But still it is a sight to behold and the lawn surrounding it is well maintained.

Near the Green Park Market 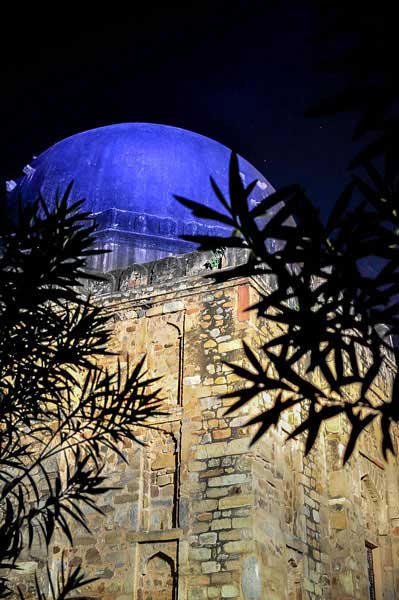 Biran Ka Gumbad: It is another one from the Lodi period. The name suggests that it belongs to a royal brother. It is located just near the main Green Park market. But it is surrounded by modern day constructions in such a manner that you may easily miss it if not careful. 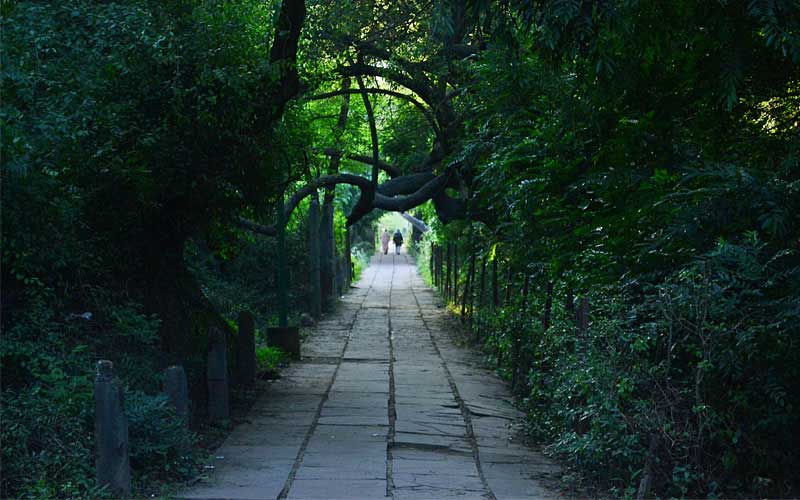 Four of them are located on the road that leads to the HKV while you can find a couple more just inside the Deer Park adjacent to HKV. You will have to walk a bit more to locate the rest. For the ease of finding each of these Gumbads, let us list them one by one based on their locations. 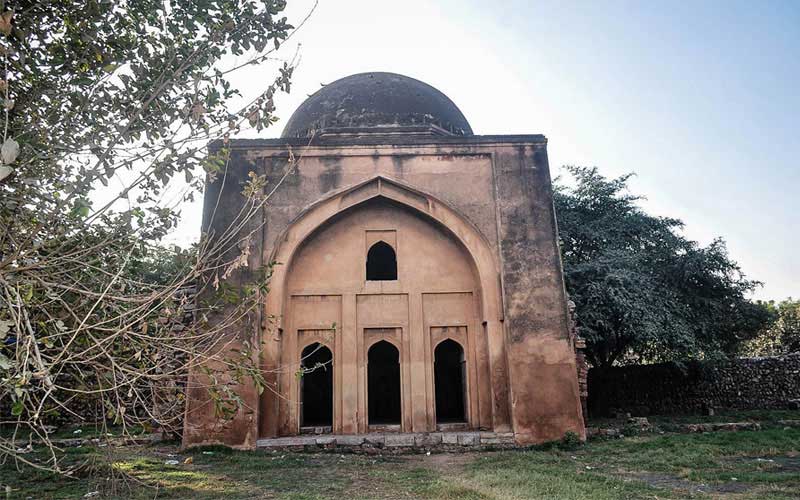 Tohfewala Gumbad: The Tohfewala Gumbad is located on the edge of Siri Fort and Shahpur Jat.  Built during the reign of Firoz Shah Tughlaq in the 14th century, this structure is actually a mosque but the dome like structure makes you mistake it for a tomb. While the central parts are still intact, the outer walls are not in a very good shape as of now.

Do note that the gates are mostly locked after dark and so start a bit early if you want to cover all of them in a single day. The lights at night do add an entirely different hue to the monuments but you will not be able to get close to them. While the exact historical details of these monuments are lost, it actually adds to the sense of mystery and nostalgia. You can ponder over their antiquity or just lie down on the well-manicured lawns on a lazy afternoon. 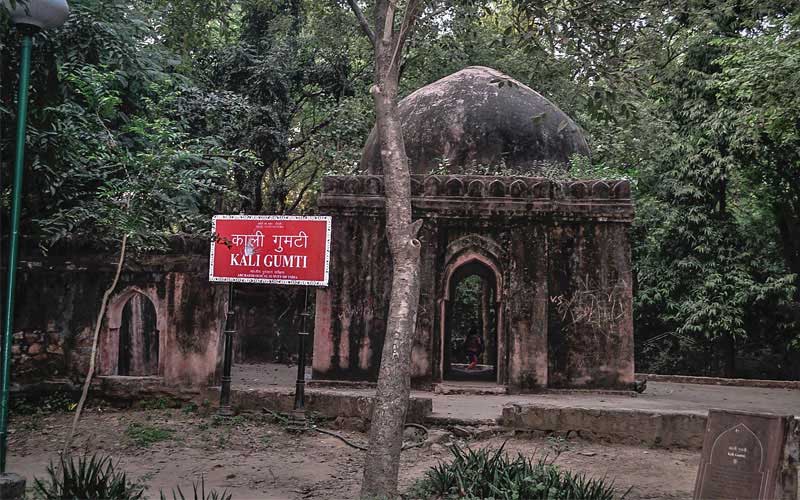 Kali Gumti: You can just stumble upon the Kali Gumti while jogging inside the Deer Park. It is a very small blackish dome and not much information is available about its past.

Bagh-e-Aalam ka Gumbad: A much larger and imposing structure inside the Deer Park is the Bagh-I-Alam Ka Gumbad. This formidable stone structure from the late Lodi era is surrounded by lush greenery of the park and you can just sit on the benches located in front of the dome for a quiet time.