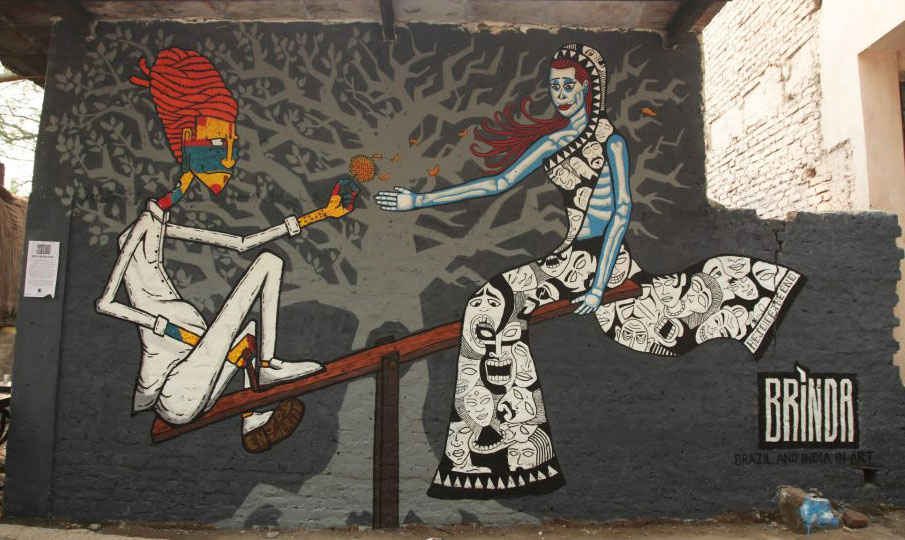 Delhiites often refrain from taking subways through the city, mostly because they're quite shabby and nobody's ever taken any initiative to maintain them; all that, however, is about to change!

The New Delhi Municipal Corporation (NDMC) in collaboration with Delhi Street Art has planned to put up a series of 24 artworks in a pedestrian subway in the city.

First these paintings would be showcased in an exhibition for International Yoga Day and later on would be installed in a subway which would be then rechristened as the Yoga Subway.

The main agenda behind this is to encourage citizens to take the subway. We think it's quite clever, since Dilliwallahs do have a special corner for all things artsy and would prefer a lively subway as opposed to a dilapidated and deserted one!

Information as seen on Times Of India