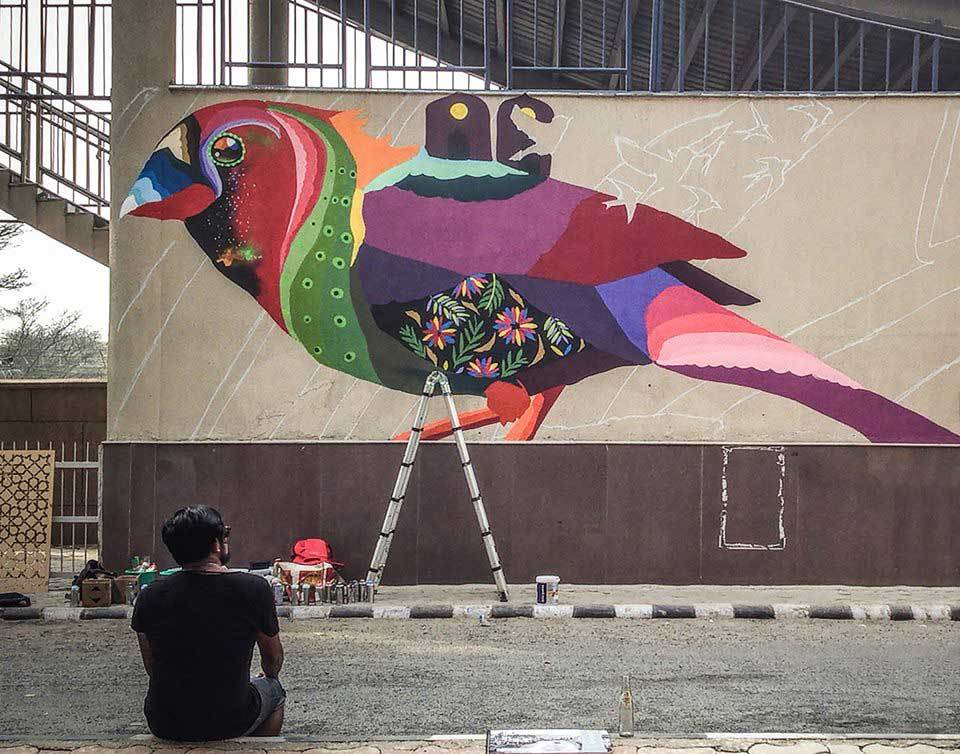 Looks like Delhi Metro is taking its creativity level to a whole new level. After beautifying the trains and metro stations, next up they’re going to install artwork in the lifts at the stations too! Nice!!

Here’s What’s Happening | The lifts at 11 stations, on the upcoming Majlis Park-Shiv Vihar corridor - the Pink Line of Phase III, will get a new look with pretty-as-a-button artwork being installed on the shafts - the external portion of the lifts visible at stations!

These 11 stations include spots like NSP, Shalimar Bagh, Narayana, Bhikaji Cama Place, Sarojini Nagar, South Extension, INA, Lajpat Nagar, Vinobapuri, Nizamuddin and Ashram. Digital glass prints will be installed to beautify the stations all in all, and the artwork chosen is inspired by nature, animals and Indian Classical dance forms. Cool!

Sounds pretty interesting to us!