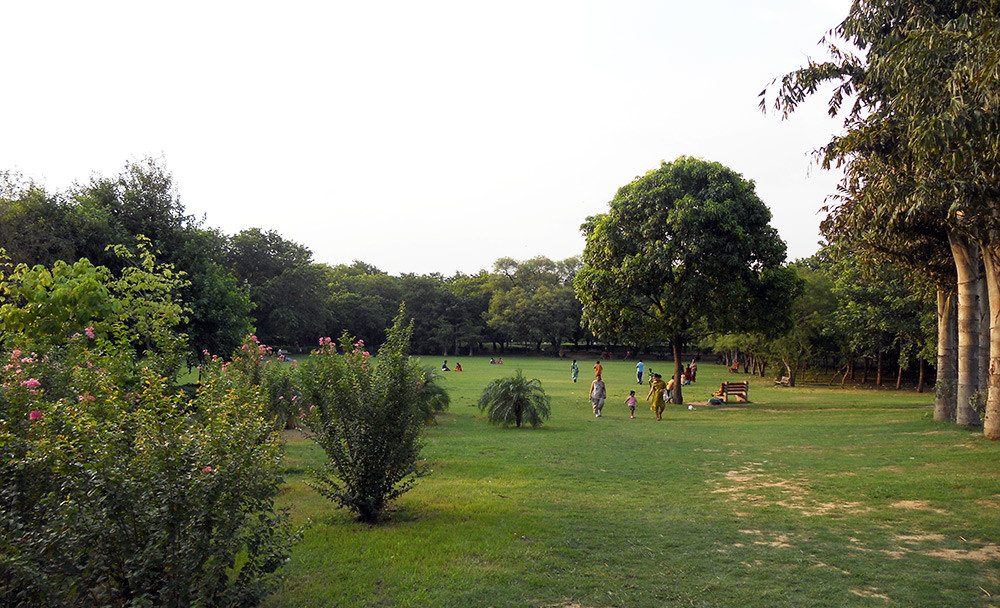 An Oasis Dotted With Precious Monuments, The Deer Park Lies Right Next To Bustling HKV

The Deer Park is one of the most famous parks of New Delhi. It’s huge in area and can be accessed from Hauz Khas, Safdarjung Enclave & Green Park. On entering the Deer Park, you are immediately taken in by the fresh breeze that hits the nostrils and powers the lungs, from which point onward, there’s no looking back!

A Walkthrough From The Hauz Khas Entrance 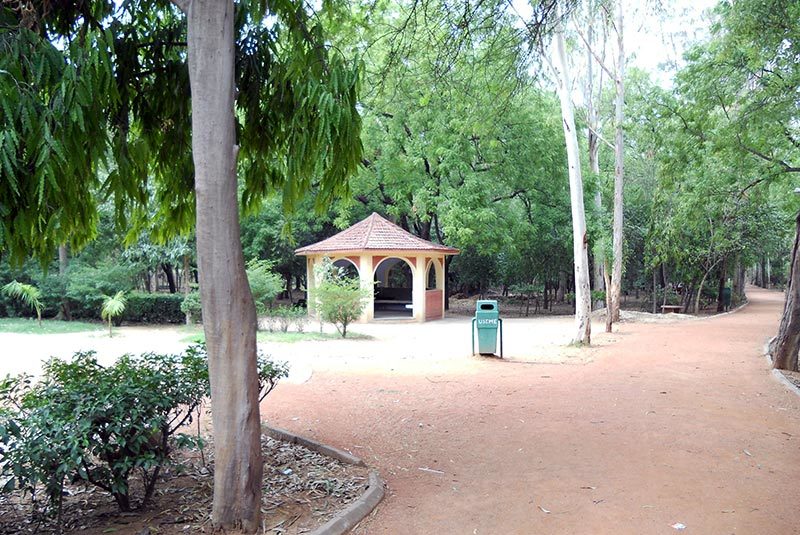 A little to the right from this gate, along a narrow trail, you come across three monuments: a Mosque from the Lodi period located in the Tughlaq-period garden, Bagh-I-Alam Ka Gumbad & a square Tomb of the Lodi period with a dome on top. These monuments prove excellent subjects for practicing shadow photography BTW!

A little left from the main gate, across big trees and rich gardens, there’s a bar-cum-restaurant by the name of Lord Of The Drinks Meadow, which boasts of a light, airy ambience coupled with great drinks and grub. It’s the only restaurant to be found inside this park. 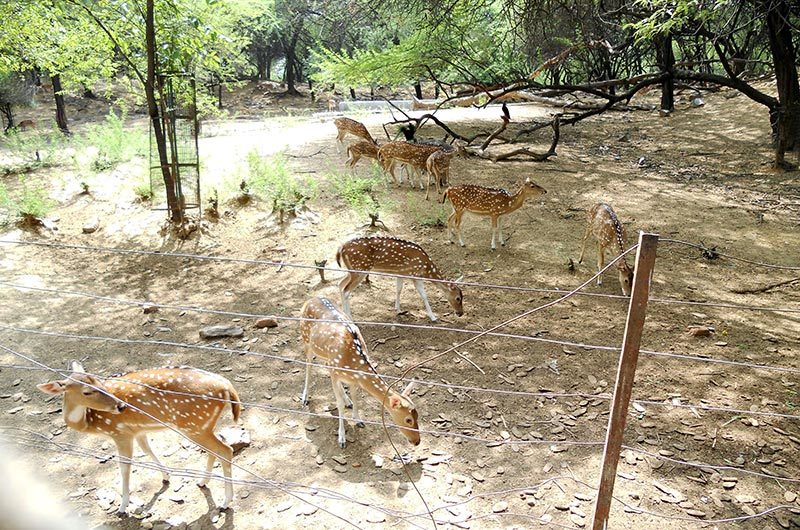 As you move along the same path, you come across an area with barbed wire fencing where you can spot grazing Nilgais (Antelopes) or Deer. On the same path, there is also a shed for rabbits. It’s an educational and fun place for kids and nearby, the small jungle area boasts rich flora with all kinds of shrubs, trees & wild flowers. The trees standing here include varieties of Neem, Peepal, Keekar, Babool, Ashoka, Gulmohar, Mulberry, Jamun & many more. 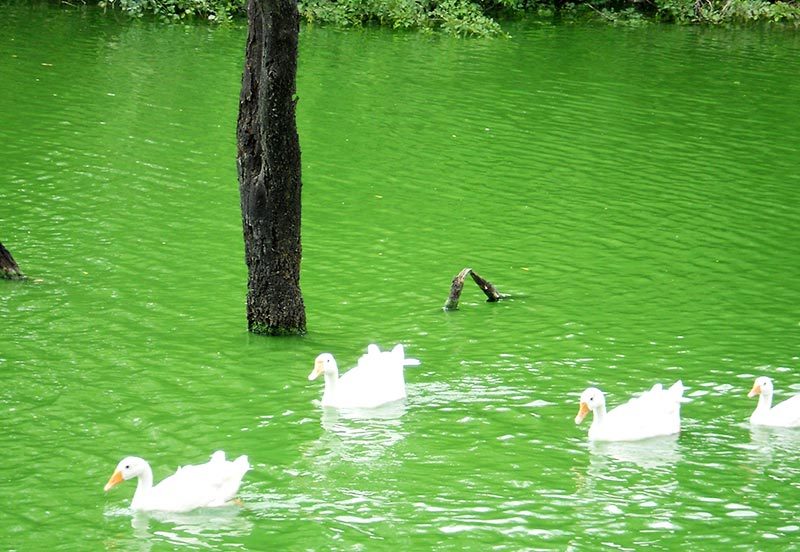 This park is quite big, so always look out for signs and there are guards posted around to guide you through. On the Southeastern side of this park, a narrow trail takes you to the Hauz Khas Tank which was built by Alauddin Khilji for his people in 1295, however, it eventually became dry and later on was excavated by Firoz Shah Tughlaq and renamed Hauz Khas.

You will find two clans of ducks floating in the greenish water of this tank; big white ones located on the Western side and black & white short ones on the Eastern side. 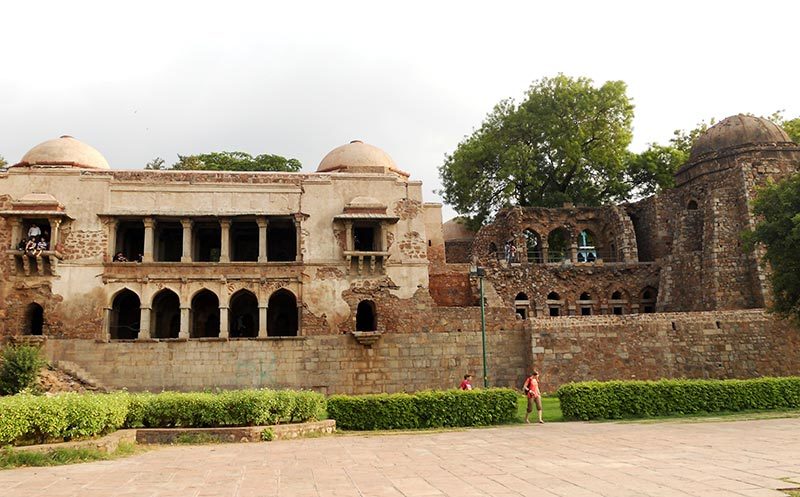 Near the Hauz Khas Tank, there is an architectural complex built by Firoz Shah Tughlaq. This complex is home to Firoz Shah’s tomb on the Southern side. He also built a Madrasa (a place for religious teachings) and a Mosque in the same complex which overlooks the garden and the Hauz Khas Tank.

The complex is marked by tall domes, wings, Mihrabs (arched niches) and Jharokhas (cantilevered openings). The view of the garden and the tank is breathtaking from here! The tomb has many graves and the grave in the centre is that of Firoz Shah and the other graves are supposedly of his son and grandson. 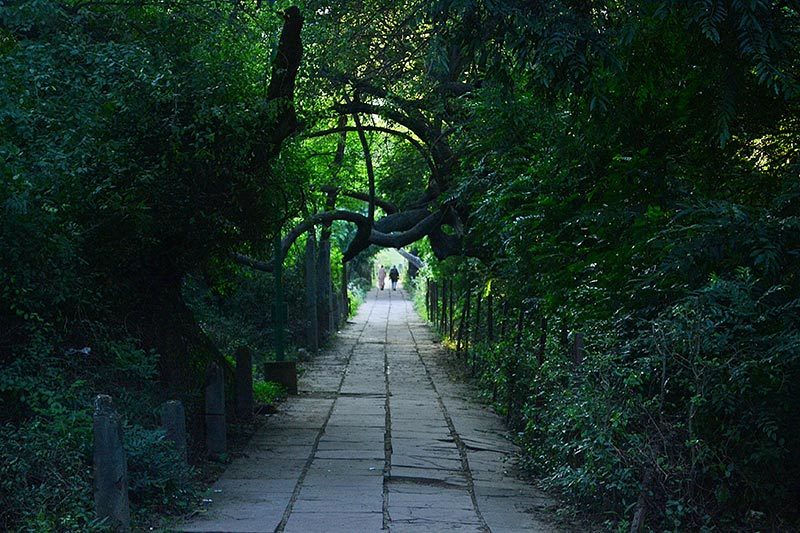 When your eyes have feasted on these beautiful landscapes, to end the day, relax with your friends or loved ones on one of the Jharokhas (cantilevered openings) to see the sunset showering its hues of blue, violet, yellow, orange & red. The best way to get to this park is by a private vehicle or cab, as the metro station is a little far off. The timings are from sunrise till sunset and the entry is free of cost.

While you’re meandering your way to the trendy HKV, make a little detour to unwind in the lap of nature and history at The Deer Park! 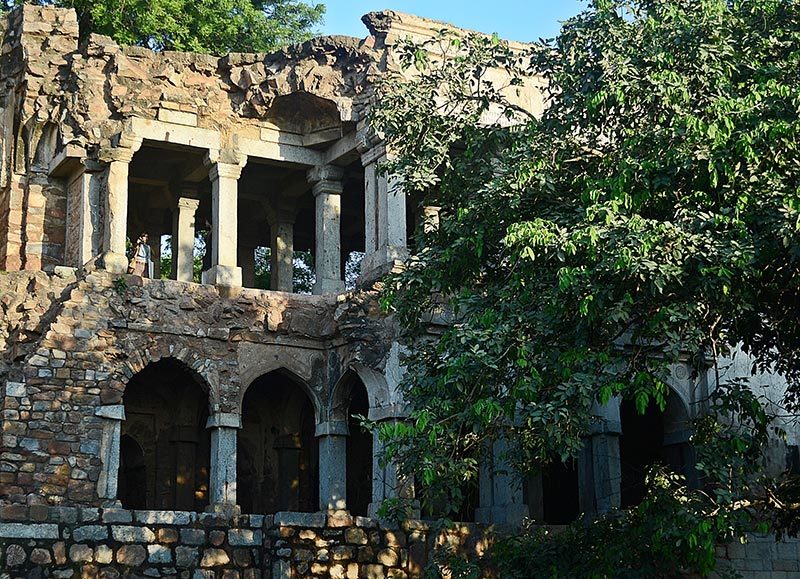 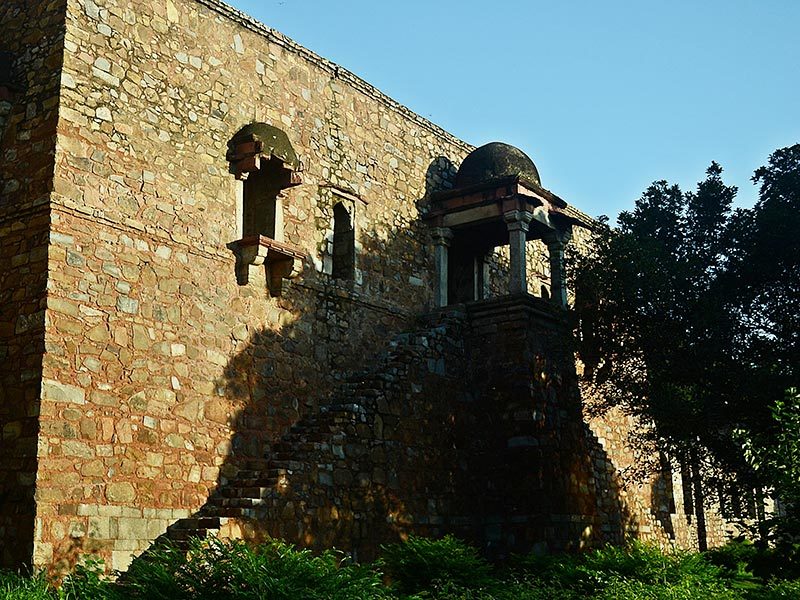 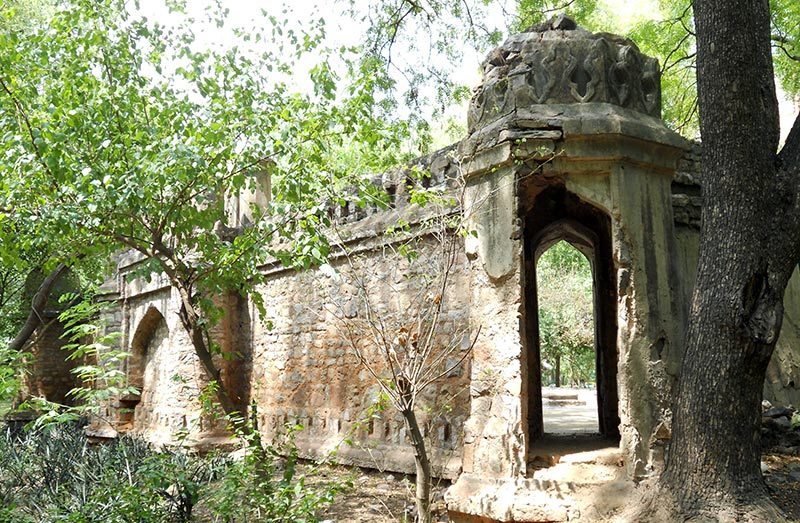 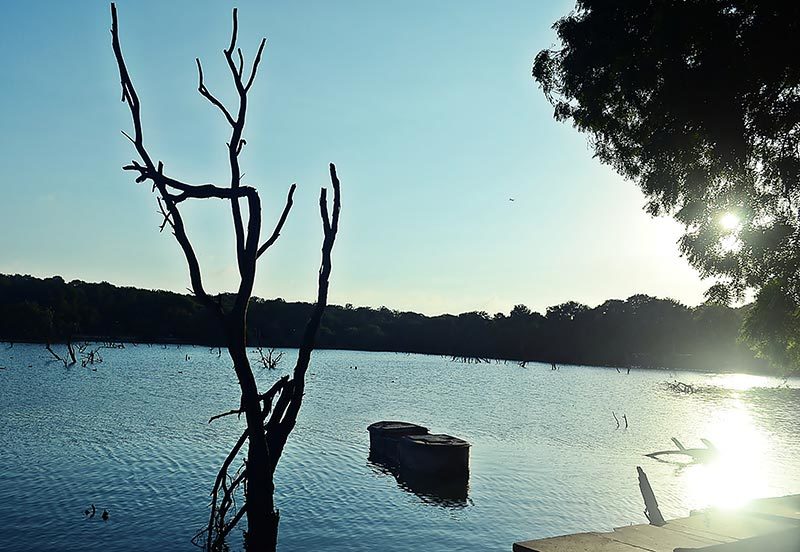