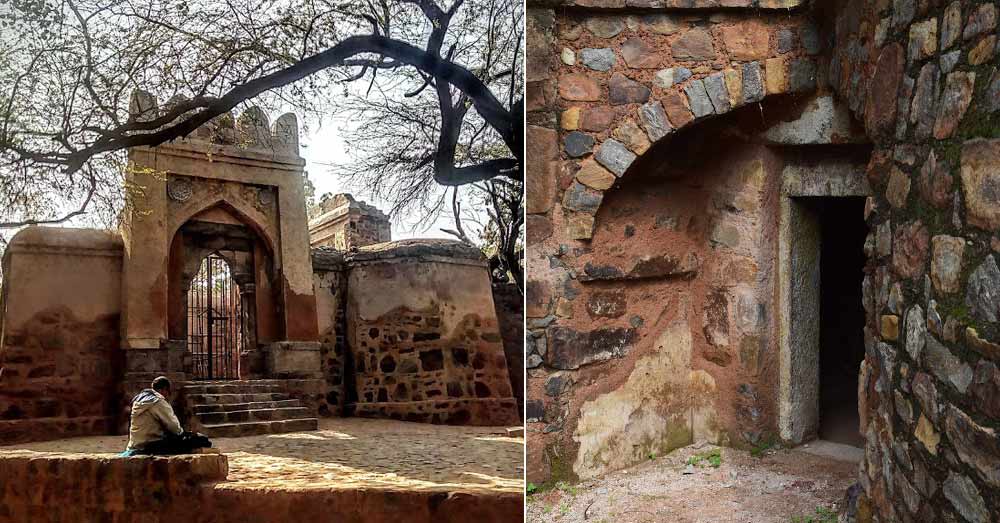 Are You Brave Enough To Meander Through The Supposedly Haunted Bhuli Bhatiyari Ka Mahal?

Delhi, criss-crossed by various cultures through the ages, brims over with tales from the days of yore, and like any other historical destination with such an impressive repository up its sleeve, has its fair share of ghost stories. Bhuli Bhatiyari ka Mahal, located on the central ridge, is one such place.

As The Legend Goes 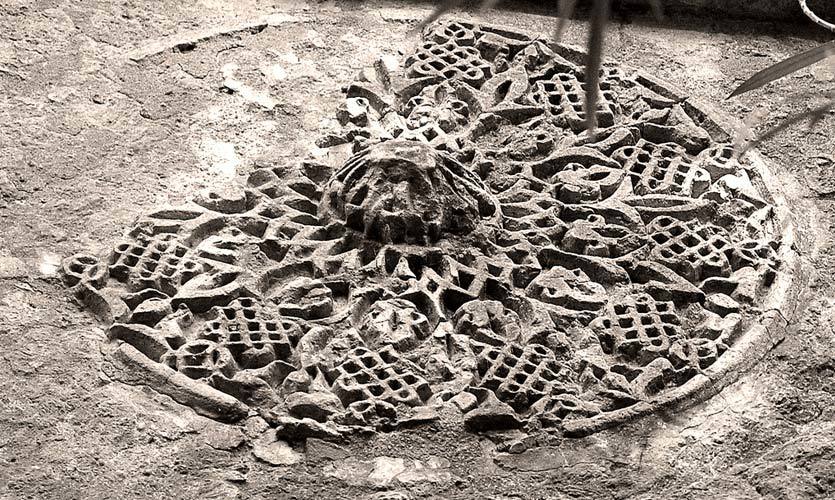 The building was constructed as a hunting lodge by Firoz Shah Tughlaq in the 14th Century and forms a part of the three hunting lodges that were built by him over the ridge (Pir Ghaib & Malcha Mahal being the other two). Discounting his atrocities against the Hindus, Firoz Shah, unlike his predecessor Muhammad-bin-Tughlaq, practiced a lot of restraint & moderation, not trying to reclaim the lost provinces & keeping his nobles happy.

About The Mammoth Structure

The structure is moderately big and looking at the small chambers, it must have doubled up as a sarai (inn) when not housing the king's hunting party. The name, as the lore goes is derived from Bu-Ali Bhatti's (the female caretaker of the lodge) name, which got twisted to Bhuli Bhatiyari. The entry to the monument from the North-East, interestingly, is twin-gated, strange for a structure that is 'not so' important.

The inside is a large courtyard with small rooms dotting each vertex of the rectangular boundary. The innards are deplorable, but nothing better can be expected of something left unoccupied for centuries, although restoration programmes have started of late. 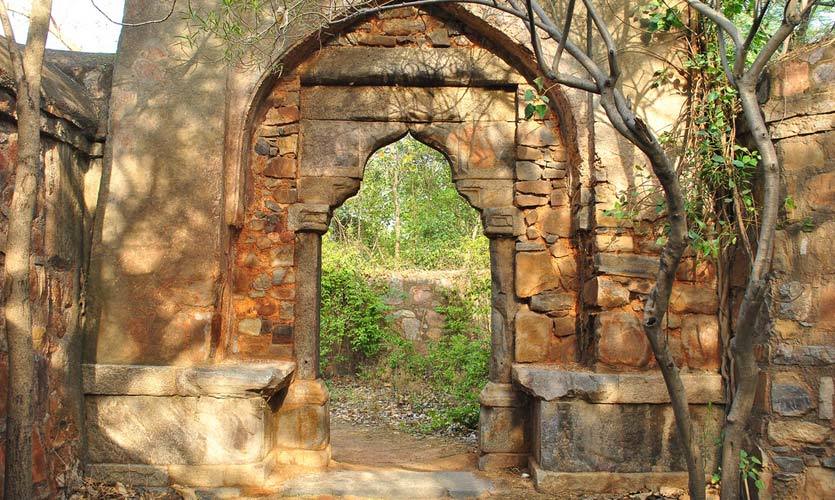 There is a Bund (embankment) encircling the entire structure, but it is visible only in certain places now, the rest weathered away or eaten up by the village roads. The southern & eastern walls feature bastions & there are remnants of a raised pavilion near the southern embankment.

How To Find It 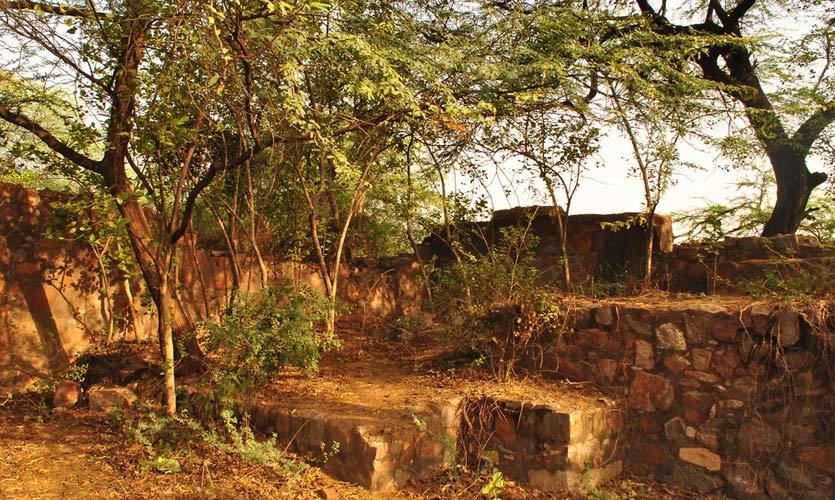 The monument is a 10 minute walk from Jhandewalan Metro Station, along a narrow village road branching out hardly 50 metres onto the road leading to Dhaula Kuan. People might not recognize the monument by its name, so a reference to the haunted might help. The monument incidentally, is also a geocaching site (a real-world, outdoor treasure hunting game using GPS-enabled devices). Entry is free & unrestricted, though try going during daylight hours as there is a lot of local population that hangs around the monument.