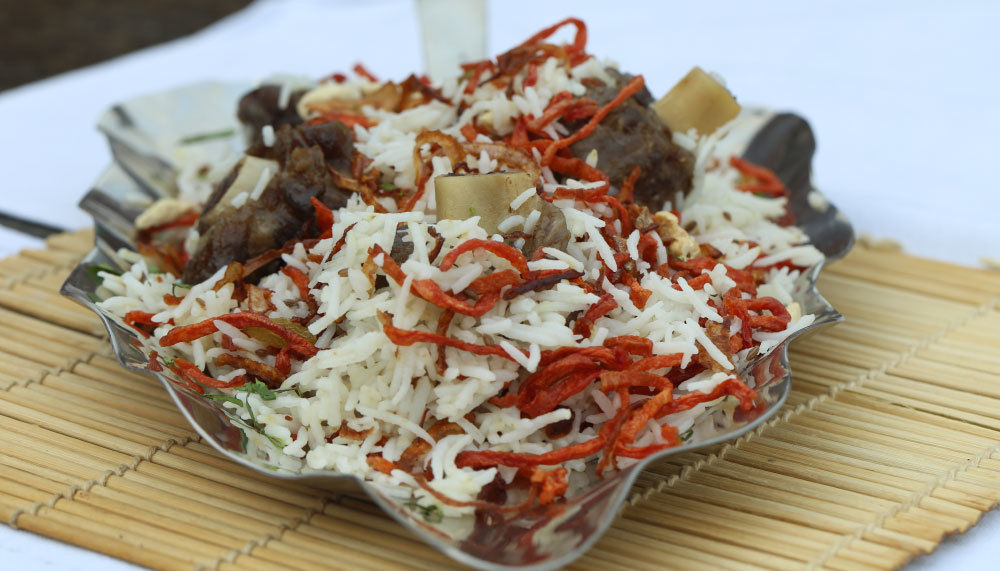 Chor Bizarre In Bikaner House Is Blessing Us With A Perfect Ladakhi-Dogri Food Fest!

Foodies ahoy! There’s a food festival being organized at Chor Bizarre at Bikaner House that’ll give you a taste of cuisines hailing from Ladakh and Jammu.

This recently-opened restaurant serves cuisines ranging from Kashmir to Kerala, but for these particular few days they’re focussing on Dogri and Ladakhi cuisine and we’re psyched!

The King and Queen of Ladakh (omg!) have worked in the kitchens of Chor Bizarre to train the chefs in some of the signature dishes of the city! Some delicacies on their menu are Gyathuk, Steamed Ladakhi Momos of various kinds, Chu-Tagir, Ti-Mok, Khatta Meat and Phating. WOAH!

So head on over and enjoy some deliciously unique food like never before!