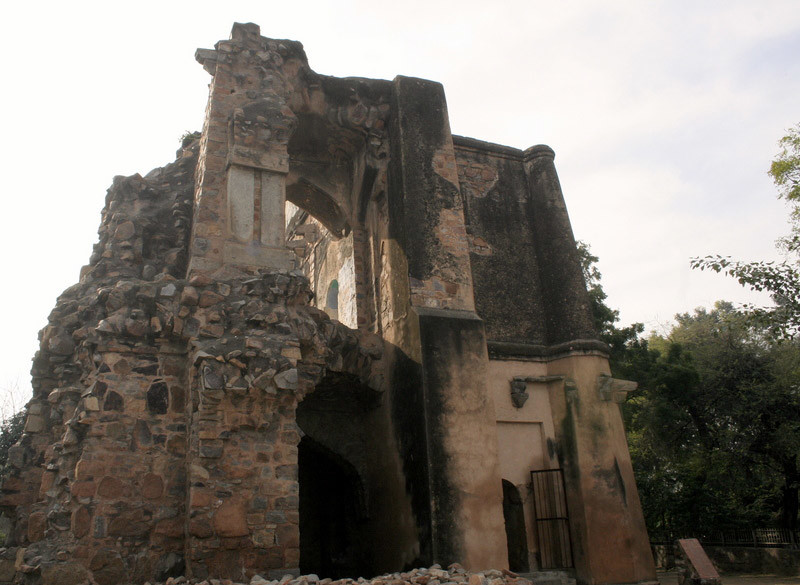 Delhi is full of ruins and rubble that barely attracts attention as you pass by them. They do not even figure in the list of attractions meant for tourists and hence remain neglected, unsung and unknown. But pay heed as many of these remains are also the ones that have the most intriguing stories to tell. Pir Ghaib is one such forgotten ruin in the heart of Delhi that hardly anyone knows of nowadays. While the structure is not exactly imposing, the story behind its name is delightfully mysterious.

It used to be a small palace at one point of time and was probably built as a hunting lodge by Firoz Shah Tughlaq in the 14th century, as back in those days, there was nothing but a jungle in the area. Even now, this forms one corner for the Kamala Nehru Ridge, one of the major forest covered areas that helps Delhi breathe. The building is partially ruined, probably because it saw substantial action during the Mutiny of 1857. 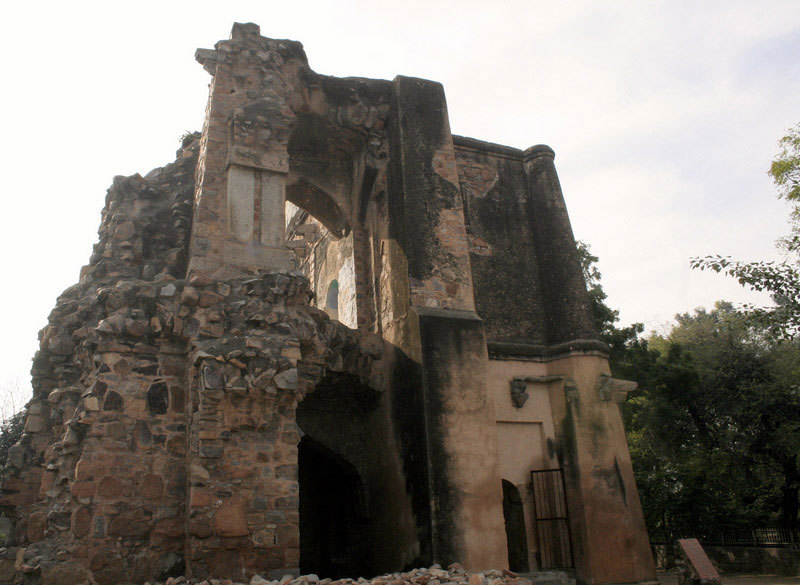 Coming back to the story, it is said that one day a pir (Sufi Saint) was meditating inside this building but never came out. People believed that he just vanished without a trace from the building. This is the reason why they started to call this place Pir Ghaib (one where the saint vanished). Is this merely a coincidence that another mysterious establishment in Delhi, the Malcha Mahal, was also a hunting lodge from the same era?

The building is now protected with iron grills but there is a little maintenance to be seen inside. You can climb the stairs and reach the upper floor, but that will only sadden your heart as you witness the walls desecrated with romantic graffiti by overzealous lovers. But then, it is a common sight in India and not limited to this building alone. 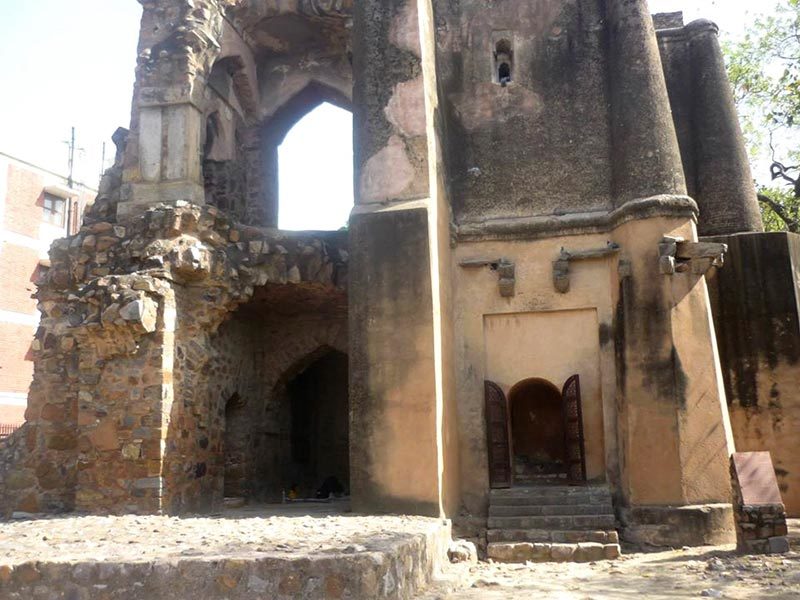 There is also a baoli nearby. It probably catered to the Pir Ghaib itself when it was functional. So along with it, the baoli has also become just another piece of ruin. Steps inside the baoli can be seen but the baoli itself is tightly locked from outside and there are no caretakers to help with the same.

Possibility Of An Observatory 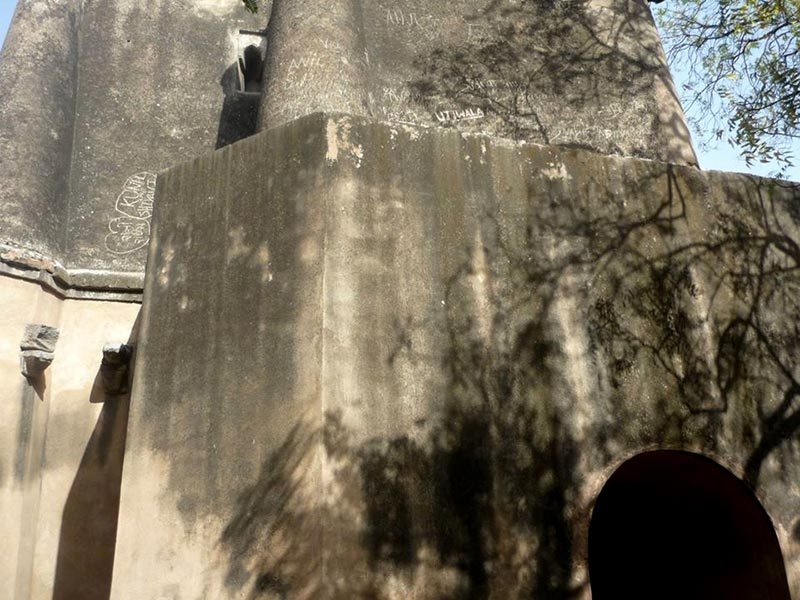 Certain experts opine that Pir Ghaib was not a mere hunting lodge but was an astronomical observatory. They believe that the peculiar, cylindrical structure at the top was a Zenith Tube used for various calculations but as there is no documentation available regarding this, we will probably never know for sure! 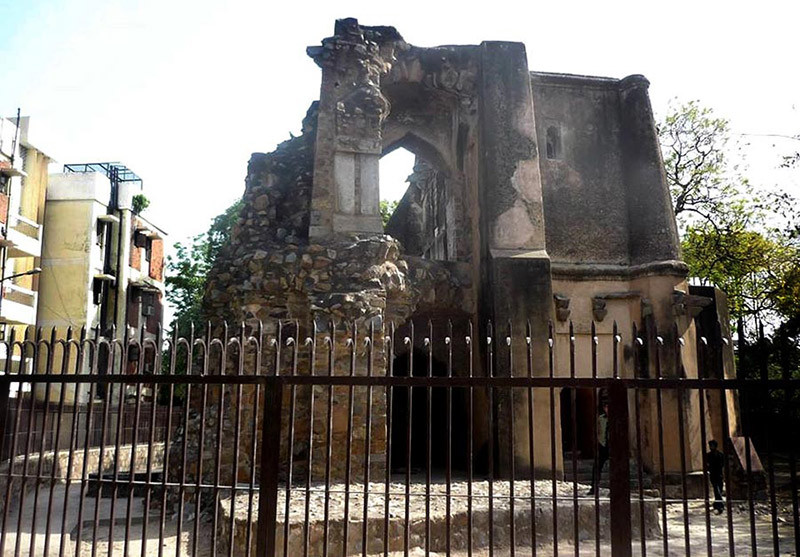 The closest metro station is Tis Hazari on the Red Line. You need to reach the Hindu Rao Hospital which should be known to all auto rickshaw drivers. En route, you will also cross the famous Mutiny Memorial and the Ashokan Pillar.

Once you reach the hospital, pass through the gates and cross the hospital and adjacent buildings and take a right turn to finally locate the place. If you continue northwards through the same road, you will eventually reach the Delhi University campus.

Next time you’re in and around North Campus, see if you can spot this little haven of mystery!