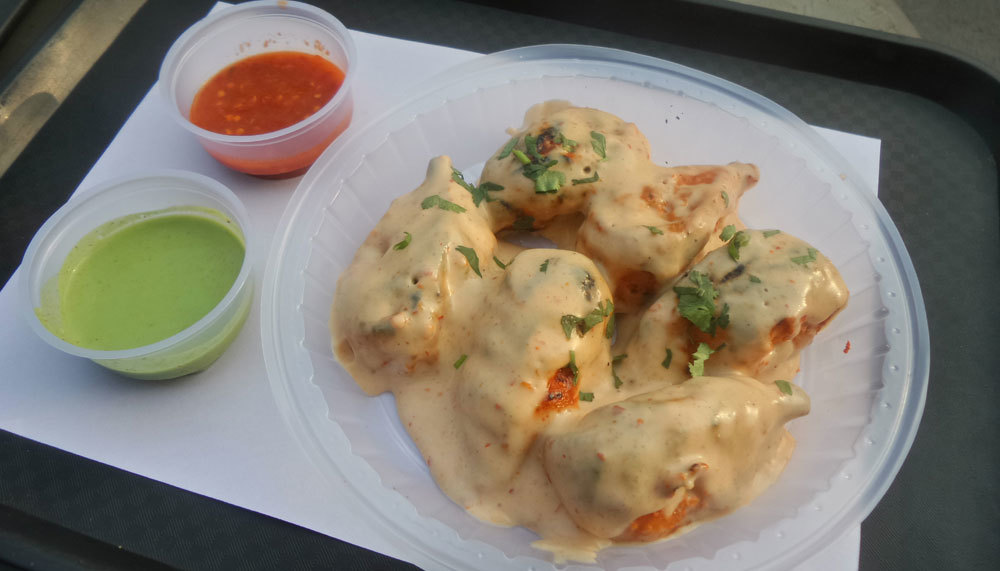 Beating Back Hunger After Shopping: We Just Checked Out The Momoz Hub In Rajouri Garden!

A market where all the new trends buzzing in Delhi come to visit, Rajouri Garden is definitely one of the most hip markets across town to shop from. A perfect setup for every girly day out, this locality houses lanes having an abundance of glittering lehengas and suits for that next upcoming wedding you’re going to. Enough style to catch the eye and make you the bell of the ball, but still perfectly fitting in your budget! 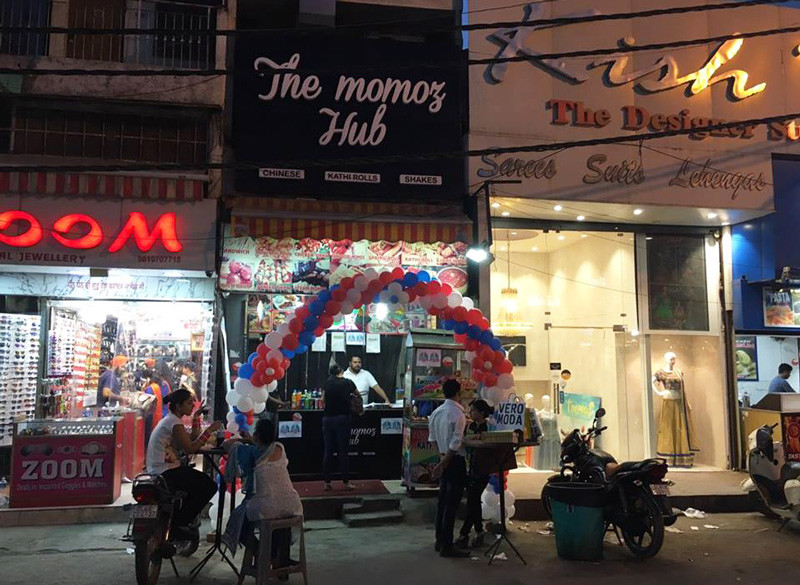 When going out for the end of season shopping which indeed will leave your hands full of shopping bags because of amazing deals and best ever prices, you don’t want to return with an empty stomach, now do you? The regular gol gappe and bhalle papdi have been reigning the street food scene for ages now, but the new avalanche of street food is making its own niche and the love for momos doesn’t leave any part of the city unexplored!

After catching a whiff of the aroma near the ever-so-busy street food shop in the main market of Rajouri Garden called The Momoz Hub, we decided to pay them a visit and check out exactly what they held under their hood. 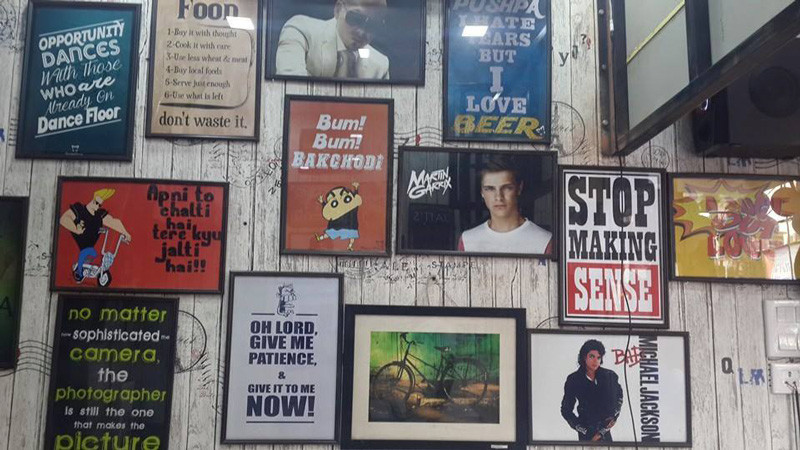 The place can be easily located in front of the landmark shop called Atul Chaat Corner in a lane on the right side of the main market road. The lack of seating and three shoddy tables for the large crowds seemed unjust, but they did have a big TV for major sporting events and loud music to set the place up.

Without further ado, let’s jump right into the the food they dished up for us :

The Good, The Bad & The Ugly 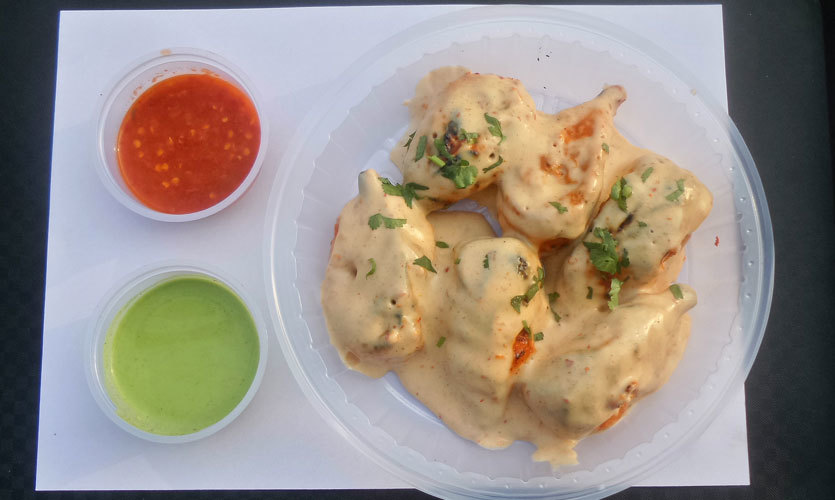 The creamy sauce was something quite different when compared to the regular spicy and mayonnaise-based sauces. The size of the momos was huge and they was super filling too! The special Afghani sauce made a delightful combination with the flavours of the chicken and onion filling. There were only six momos, but it was the perfect end to our tripping hunger! 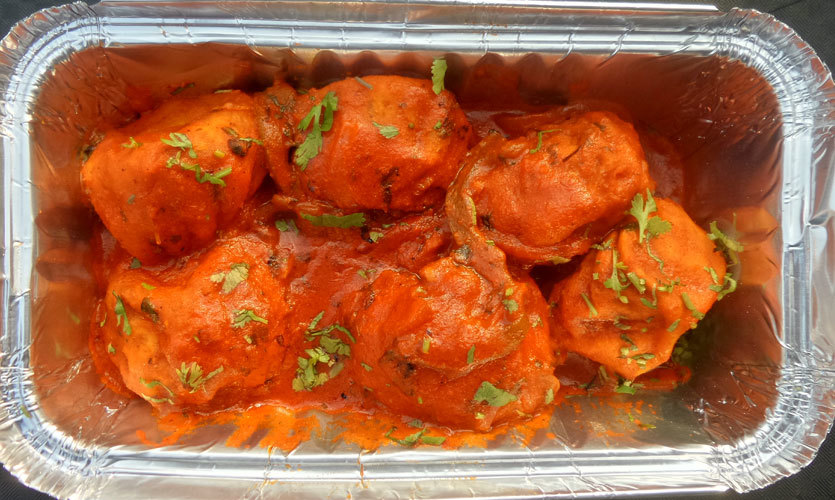 A super spicy barbeque and momo combination, almost the opposite of the Afghani momos we had just tried, this was like the fire to the gossip brimming in every girlfriend gang. The hit of black pepper made it rate higher on the taste chart! It was cooked in a gravy of peppers and onions and the flavour wasn’t just coated on top of the momos, the dumplings really absorbed these flavours and it made the taste just awesome! 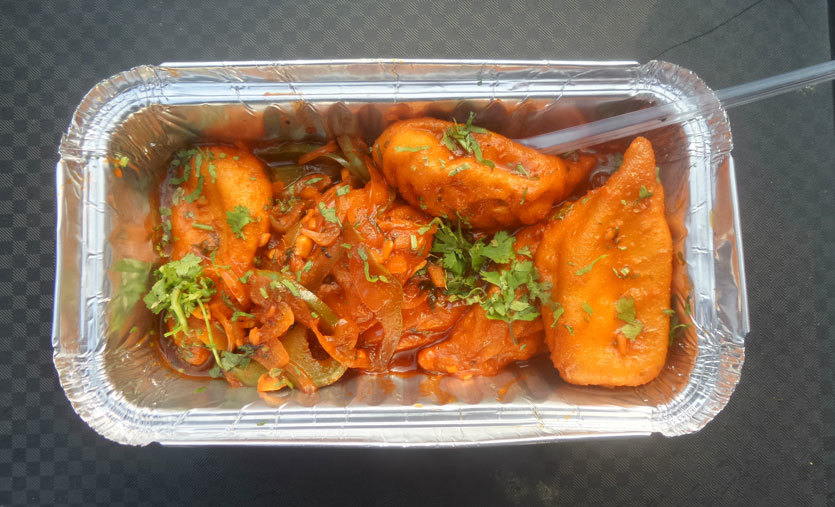 We have had our fair share of honey chilli potatoes and honey chilli paneer, but momos in everyone’s favorite sweet and spicy sauce pushed the experimentation envelope a few notches more! The gravy tasted okay-ish, but we didn’t like the lack of crunch on the momos and they turned really soggy after a few minutes. We had high hopes, but this was just average! 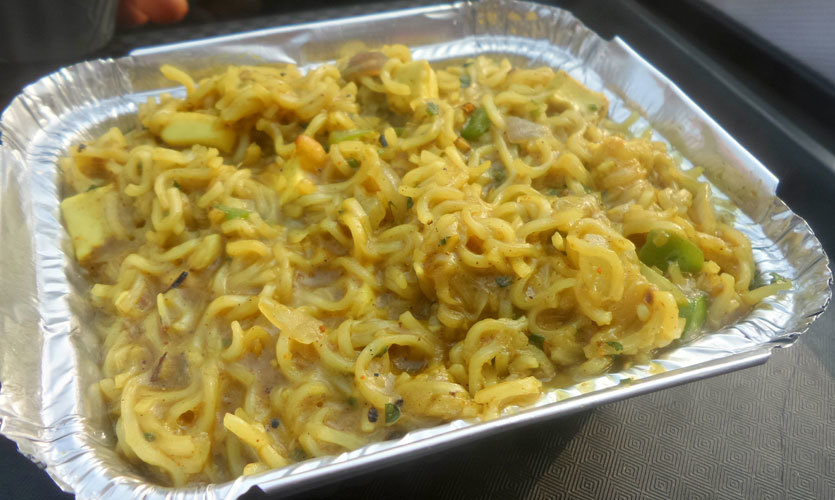 We can’t imagine one face that doesn’t get a smile from one ear to another when they hear the word - Maggi!  Everyone’s go-to snack from childhood to adulthood, this can never go out of vogue. After trying a lot of momos, we tried their spin on this fusion dish and we must say it was very tasty! They asked us exactly how much spices we wanted, so it could be adjusted to our liking. The gravy didn’t completely throw Maggi off its original taste, but still complemented it very well making it different from the usual masala Maggi. 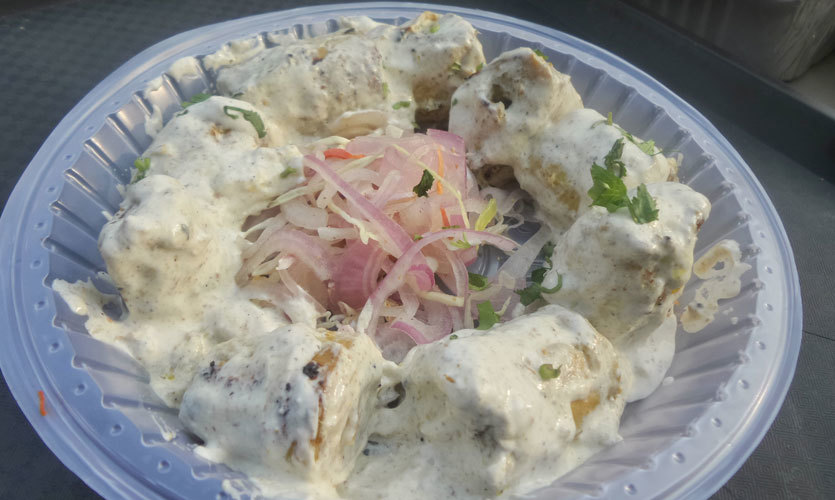 In the past year, soyabean chap has gained its rightful place in the street food market. Perfectly charred and crisped chunks of soya, popularly known as the vegetarian’s meat, this was for the people who want a high protein and low calorie diet. Thinly sliced onions with chaat masala and the delectable green chutney made it taste even better. A must have if you visit the place! 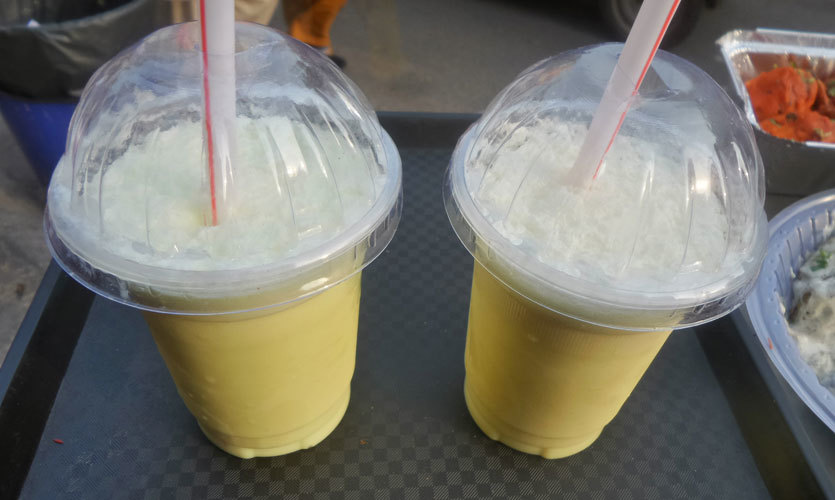 In one word, disappointing! Artificial flavouring that made both the shakes look exactly identical was a big turn off. Even the milk seemed to have been thinned out. These shakes had nothing we really liked and even the flavours didn’t stand out that much. It’s better if you stick to the cold drinks or lemonade if you want something to complement the food. This was, sadly, a thumbs down!

We hope this has helped you rediscover the street food scene in Rajouri Garden market and don’t forget to check out our favorite Moth Kachori Wala in the same area too!