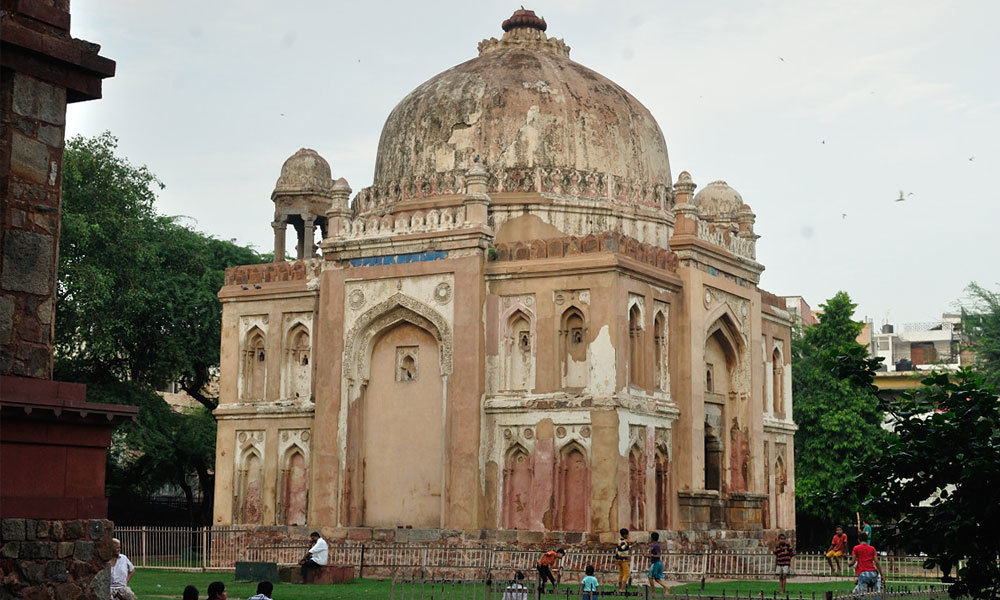 Have You Seen The Ancient Bade & Chote Khan's Tomb In South Ex? Take A Look

There are many legendary monuments located in Delhi. Some are lesser known, decaying & neglected, whilst there are others that make you wonder why they are not so famous after all?! Bade and Chote Khan’s twin tombs in South Extension are of the latter kind. They are magnificent structures, colossal enough to get noticed, located in a prominent area and also in pretty good shape too, but still, hardly anyone knows about them!

It is basically a complex of twin tombs somewhat like the Dadi Poti tombs located near HKV. They form part of one of the major components of the Kotla Mubarakpur complex, which includes several other lesser known tombs, mostly from the pre-Mughal era, belonging to various kings and noblemen of the notable Lodi and Sayyid dynasties. As of now, they are scattered around the congested lanes of Kotla Mubarakpur village as well as the posh streets of the neighbouring South Extension locality. 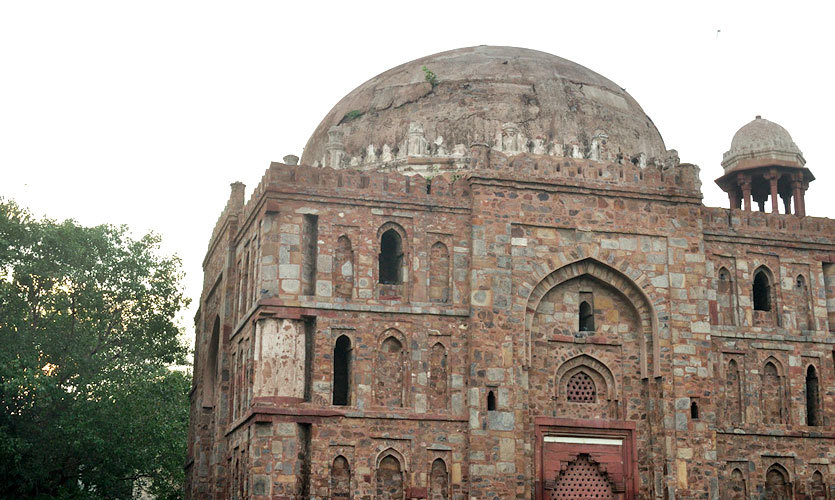 Slightly bigger of the two tombs, it dates back to the 16th century, as per archaeologists. The front is intricately carved, while the centre is surrounded by three rows of niches. The central niche in each row is larger than the other two. It looks like a typical Lodhi-era tomb with octagonal turrets at the corners covered by chattris at the top. The interiors were once intricately crafted, but now they look a bit worn out. The structure is supported by four massive pillars on all four corners. 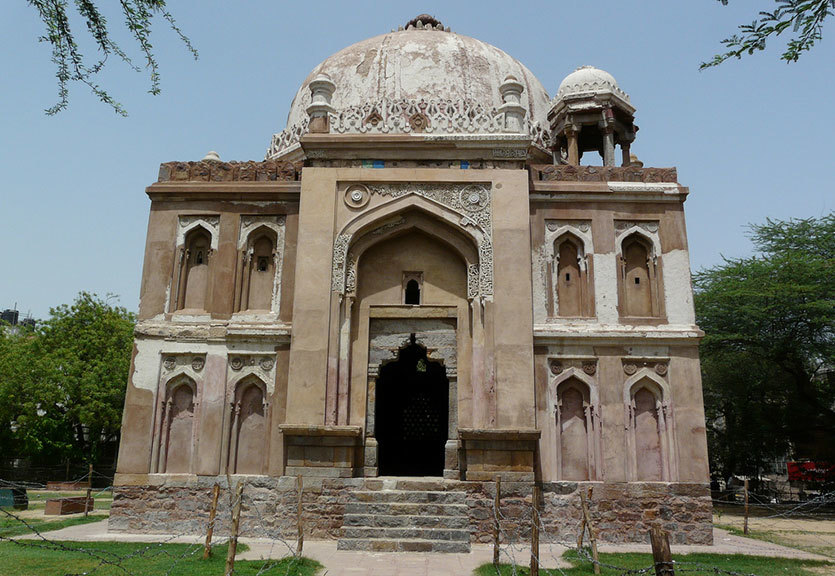 The Chote Khan Ka Gumbad is the other tomb that lies adjacent to Bade Khan’s tomb and it is not certain if they were built at the same time. It is believed that they were related in some way, with Bade Khan being an elder, such as a father or a teacher.

It does not have the pillars like the other one, but displays some excellent colourful tile work on the upper parts of the dome; although worn out, one can still notice the blue tinge on these walls. Green parrots often find shelter on the cracks of the walls here, and they create a really pretty picture.

How It Is Today 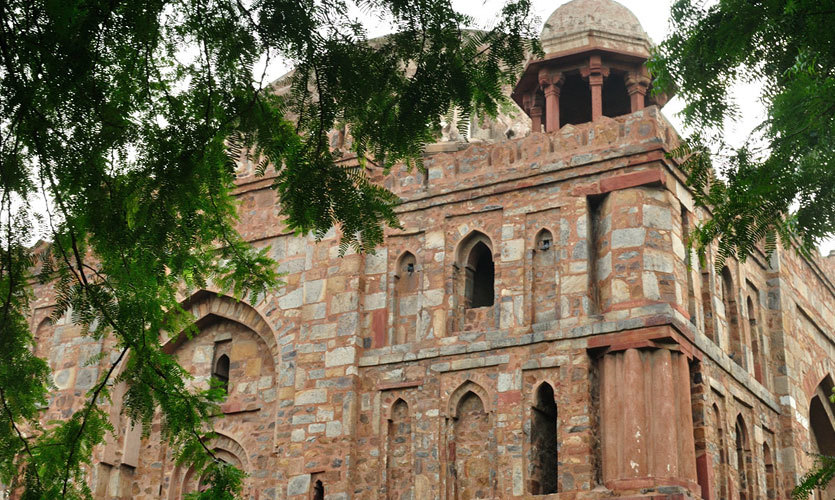 The tombs are barely a few feet apart. The authorities have now built a pathway surrounding them. Local children play cricket on the remaining space, but as a matter of fact, the compound is disproportionately small for the size of the monuments. The minimal free space is tightly surrounded by walls and beyond them lie the residential & commercial establishments and hence it is difficult to get a clear, wide view of the compound. There is another smaller tomb just a few metres away from the twin tombs. It is not in a very good shape and there are no information boards visible here either. 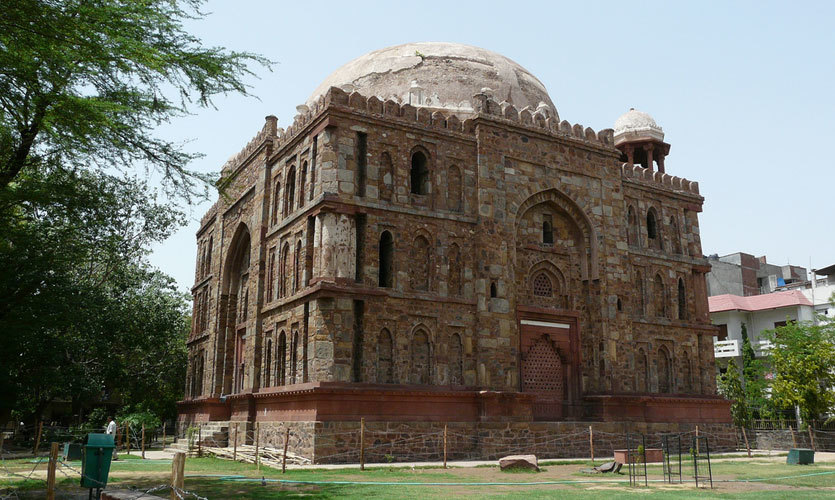 The best way to reach the tomb is to get to the AIIMS Metro Station and take the Ring Road going towards South Ex and locate the Har Gyan Singh Arya Marg on the left side amidst the multitude of posh malls and showrooms. Look for the Bengali Sweet Centre if you cannot locate the road. The monuments will be visible once you walk into the locality for a few minutes.

Who could have thought that in the middle of the concrete jungle that is South Ex, there could still be such ancient relics of our history to be found!