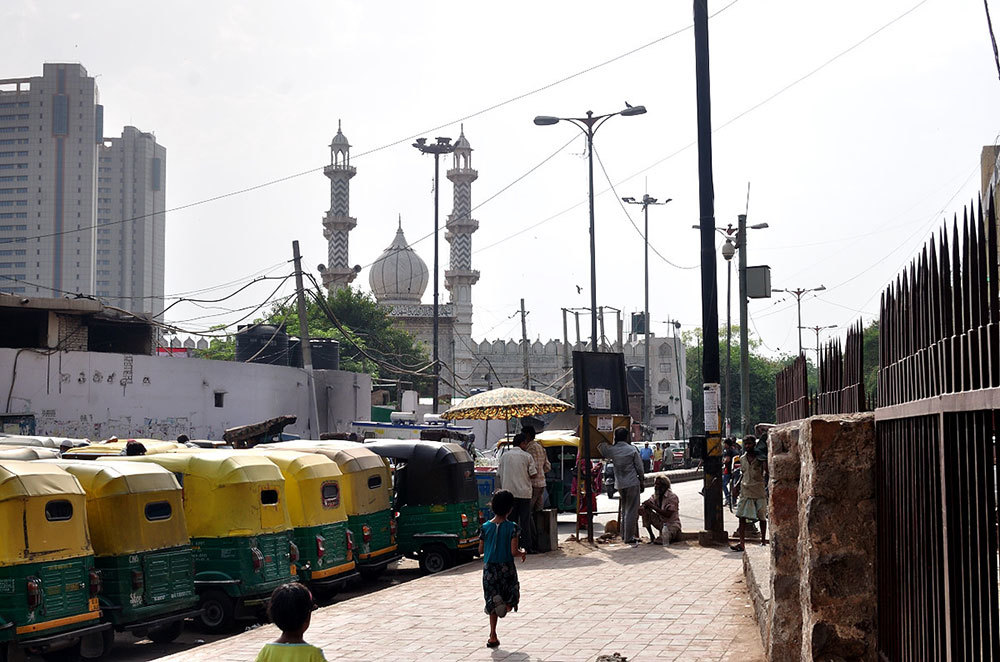 The dargah of Hazrat Shah Turkman Bayabani is probably one of those entities whose antiquity is betrayed by their nondescript physical stature. For such a long name, it is a very small settlement, barely a narrow room, at one corner of a road sandwiched between the two major landmarks of ancient and modern times, the imposing Turkman Gate and the swanky Delhi Stock Exchange. You will easily ignore it if you’re not already aware of its history. But nevertheless, it’s a place that deserves a visit in case you love Old Delhi and its glorious past. 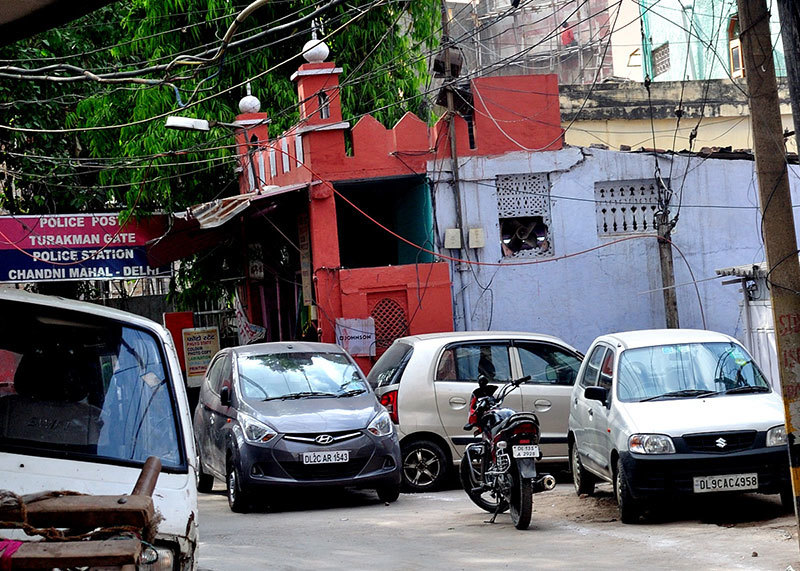 The dargah has a reasonably old history. In fact, it is one of the older ones among many dargahs scattered all over Delhi and it dates back to the pre-Mughal era, and hence is older than most other Old Delhi attractions. The saint that lies here is the 13th century Sufi pir, Hazrat Shah Turkman who found refuge here centuries before this city was built by Emperor Shahjahan. He came with the earliest Islamic conqueror of Delhi, Mohammad Ghori and liked to live in the wilderness.

It may be hard to believe, but this place was a secluded spot when Mehrauli was the capital. As a matter of fact, Turkman Gate, which was built four hundred years later, was named after this saint. 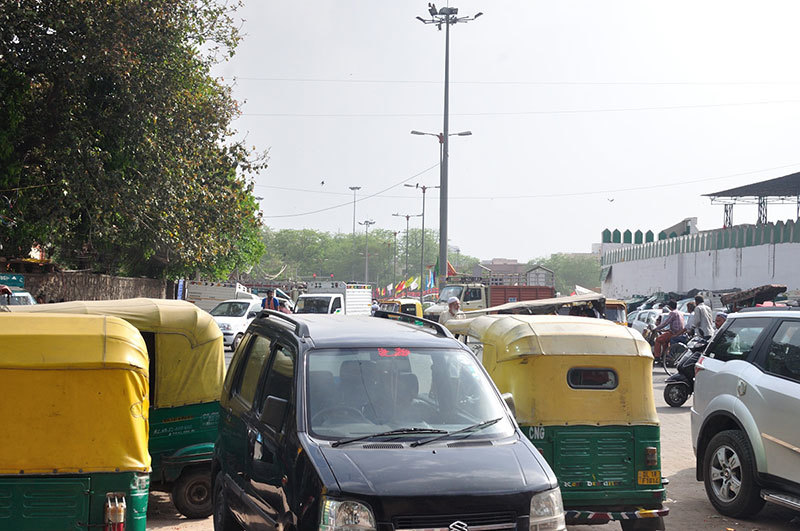 As mentioned, the place is peppered with larger landmarks while the dargah itself is miniscule. The miniature domes and minarets built of red sandstone are visible only when you reach the place, otherwise the view is blocked by several larger buildings that dwarf it from all sides.

The little red domes are actually misleading because the actual house beneath it is a simple concrete house, probably built much later over the grave of the saint. There is a small signboard with the name and a donation box and even a small photo copy and printing shop, which has probably been rented for a bit of space to manage the expenses.

In spite of being small, it is easy to locate. You need to take the Aruna Asaf Marg connecting Ajmeri and Turkman Gate areas and locate the Delhi Stock Exchange. There is a small lane called Faseel Road that passes by the side of the exchange. Just as you take a turn here, you will notice the dargah. Remember the name of the road and do not make the mistake of taking the other road nearby, which leads up to the labyrinthine alleys of Chitli Qabar Bazaar.

The Turkman Gate Police Station is the other landmark located just by the side of it. There is even a church on the other side of the dargah. Overall, it is not a major attraction but visit it if you are really interested in the Sufi heritage of Delhi. Be respectful while you are there and also avoid photographing the interiors which may not be taken kindly to by the locals.

Next time you’re in Old Delhi, try and spot this ancient stalwart structure!