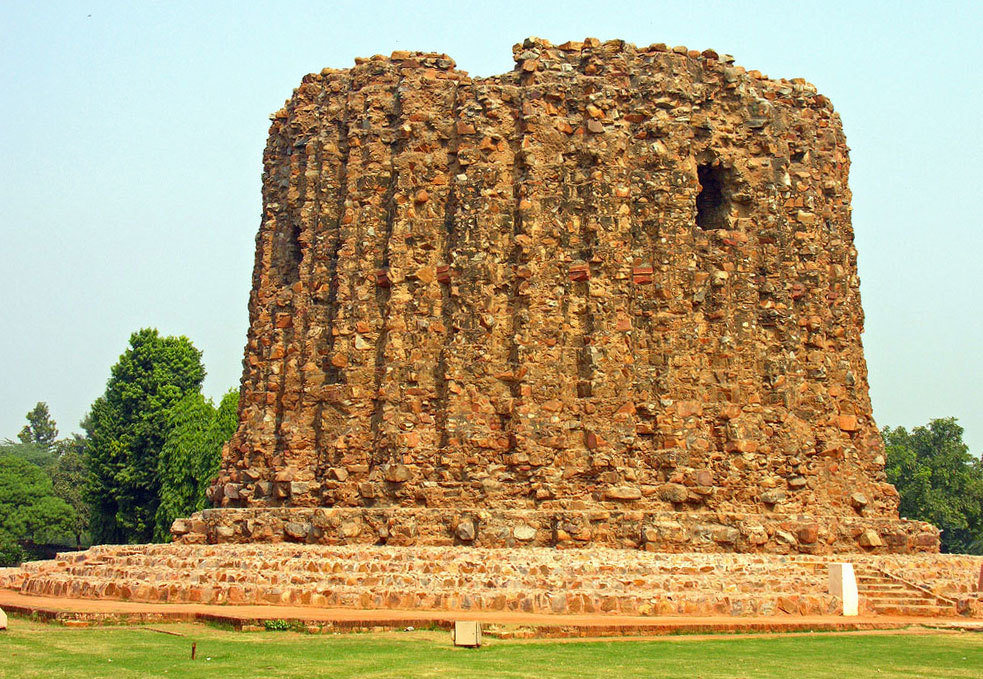 Have You Ever Been To The Alai Minar & Darwaza Qutub Complex In Mehrauli? It's A Marvel!

The Qutub complex in Delhi’s southern quarter in Mehrauli is not just a place that houses the eponymous Minar, it is Delhi’s most well-recognized (certainly its tallest) structure. It is a historical treasure-house of the architecture of Delhi’s sultans, who held sway before the Mughals descended from Central Asia, in addition to accommodating the iconic Iron Pillar of the Gupta era.

The amazing thing about the place is not just the Qutub Minar - the icon of man’s attempted ascent to the heavens 800 years ago, but also a landmark that represents a desire to overcome the 240 feet feat of Qutubuddin Aibak & his successor, Iltutmish. 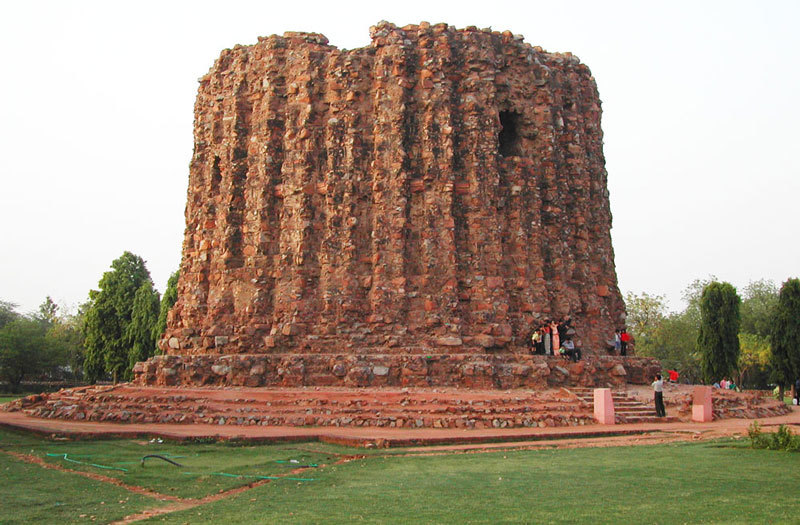 Barely a stone's throw away stands the Alai Minar, the bare base of the monument that was meant to have this name. Alauddin Khilji, one of Delhi’s greatest Sultans had the tower commissioned and intended it to be twice as high as the Qutub Minar. Work on this massive edifice was begun in earnest, but halted after the Sultan’s death in 1316. However, even the unfinished building is a marvel to behold, for nothing induces more wonder than a strong first step with an allusion of 'how great things could have been’. 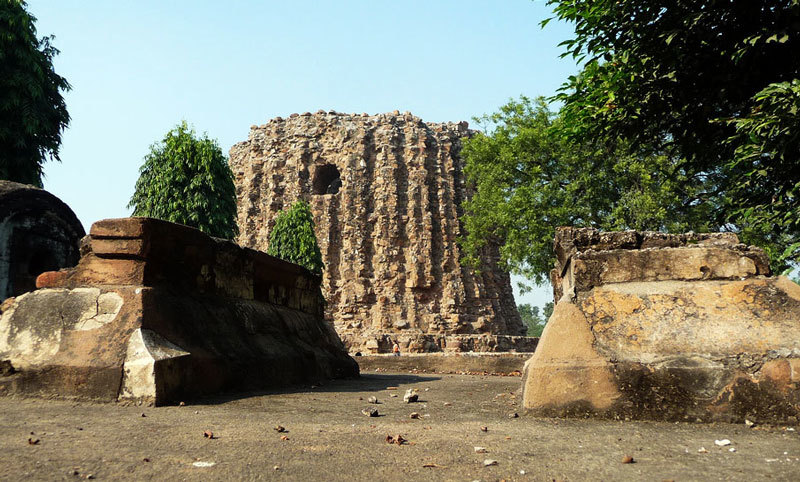 Only the first storey of the Alai Minar was ever completed, and just a core of rubble masonry at that. None of the legendary calligraphic decorations can be seen here. But the magnitude of the building is awe-inspiring. It stands a lot wider at the base than the Qutub Minar, and though just one storey exists, it rises to 80 ft - 1/3rd the size of its older counterpart. Woah!

More wondrous than the monuments we see, sometimes, are the ones that were half destroyed or never got entirely built. 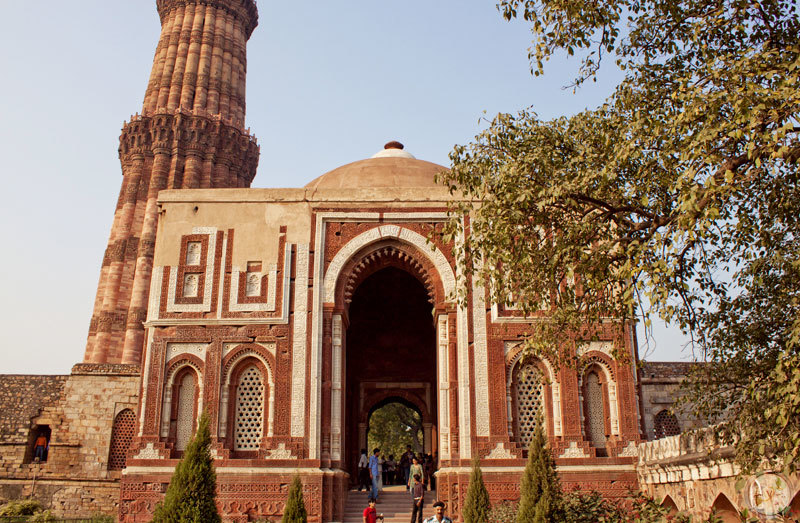 Khilji also planned to increase the size of the Quwwat-ul-Islam Mosque that exists within the complex. As a part of his redecoration of the place, he built the grand Alai Darwaza at the Southern entrance of the mosque. The Sultans of Delhi gave the city a lot of its splendour, that remains standing to this day. They lived, built and prayed with style, and all these things still survive in the buildings they've left behind.

A beautiful cube of red sandstone trimmed in white marble, topped with a dome, the Alai Darwaza is a marvel with the intricate patterns worked into its stone and the calligraphy along the marble trims. 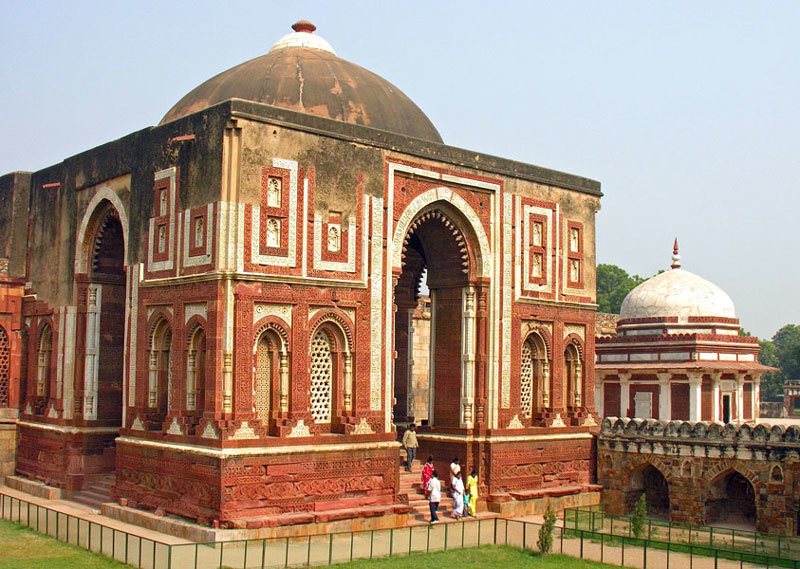 Be warned, though, the restoration work on the edifice might mar a feeling of pure antiquity, but one’s sense of wonder is retained by the knowledge that nearly a millennium after it was built, this icon of the legacy of Delhi’s second Khilji sultan still remains.

How about you pick out a sunny Sunday afternoon, strap up your DSLR and come on by for a leisurely look-see with your gang?