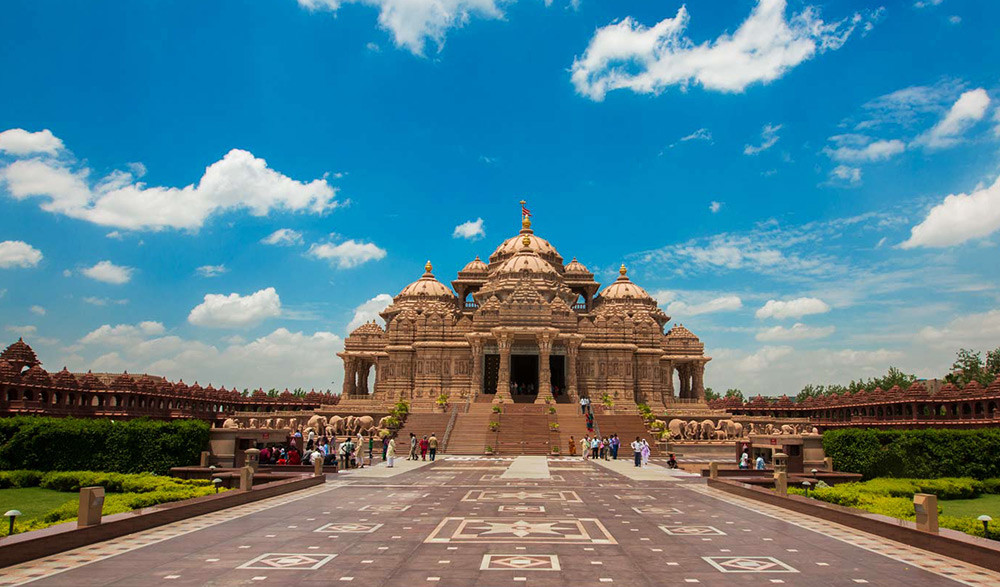 Hundreds Of Carved Pillars + 20,000 Idols: Akshardham Temple Is The Largest Hindu Temple In The World

Dreams never die! The dreamer may, but the dream lives on to be fulfilled one day or the other.
This is so very true in the saga of Akshardham Temple, conceived by the Swaminarayan Sect Pramukh or spiritual head in the 60s which could not be realized until his death. His wish was finally granted in the year 2005 after prolonged and drawn-out battles over government permissions, land allotments and red-tapism. Read on!

Magnificent In Every Facet 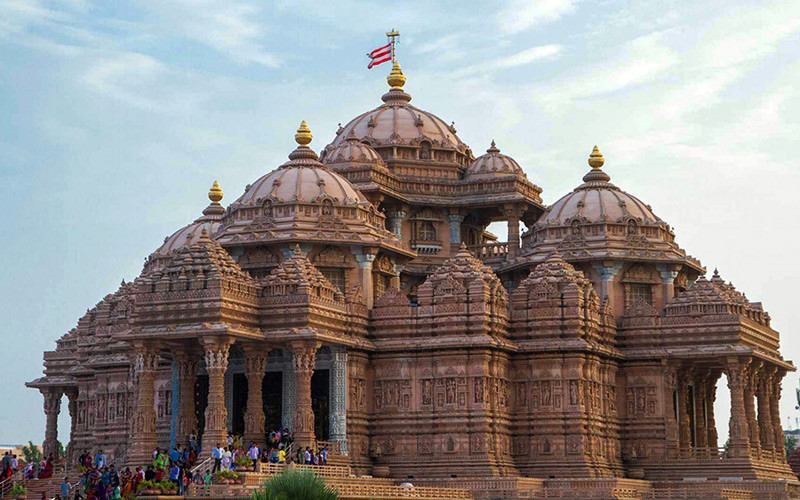 When the doors to the Akshardham Temple complex were finally thrown open, it left everyone dumbstruck before the massive scale and dimensions of what stood before them. It turned out to be the largest Hindu temple in the world, which was later confirmed by the Guinness Book of World Records, after a thorough verification process which took months to complete.

The temple, within shouting distance of the sacred River Yamuna, occupies a whopping 60 acres of land. It took more than five years, millions of hours of hard work and thousands of tonnes of stone and building material, before it emerged like a magical piece of architecture that soon attracted more visitors within its hallowed grounds than any other sight in Delhi. After more than eight years, this temple in its short history has gained the status of something like a pilgrimage and an iconic tourist spot.

The Larger Than Life Architecture 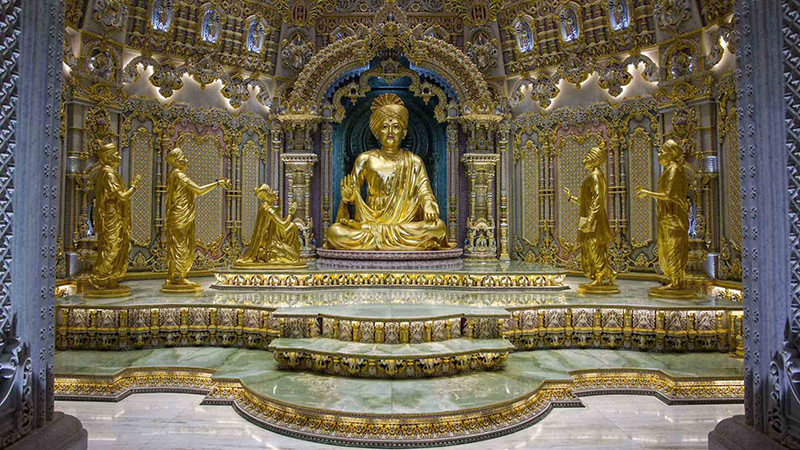 The temple architecture is like a marriage of two distinct stones, pink and white. The pink stone mined from the deserts of Rajasthan and the white marble carried in from Carrara, Italy. Both have been used in a fusion to build one of the most massive structures without reinforcing steel anywhere, much like the ancient Vaastu science of India, followed rigorously for temple architecture. The nine domes include the central dome known as the Gurvgruh or the inner sanctum rising 141 feet in the air and the whole temple structure is supported by hundreds of carved pillars, 20,000 idols and sculptures of Gods, Gurus and spiritual greats.

Once inside the inner sanctum, the head naturally bows in reverence before the 11 feet high statue of Bhagwan Swaminarayan sitting in a lotus position blessing all who come before him.
They also have a food court on the premises called Premvati Food Court offering various snacks and drinks.

Other Must-See & Do Attractions 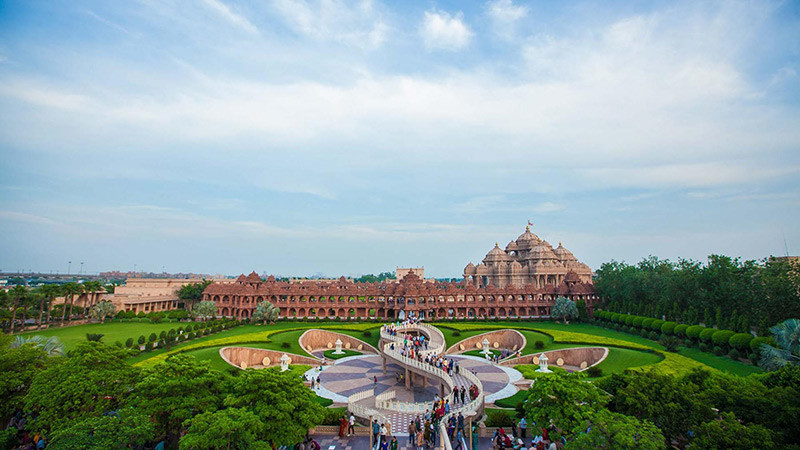 Besides the main temple and the gardens, for which we recommended hiring a guide (volunteers of the temple), you can also visit other attractions like the hour-long animation show with audio-animatronics and light and sound presentations in the ‘Hall of Values’, depicting the life journey of Lord Swaminarayan, then move onto the boat ride which sails past 10,000 years of India’s amazing spiritual and cultural history lasting about 15 minutes. The last is the large format IMAX screen measuring 85 x 65 feet showing a 40-minute feature on Neelkanth Verni, an 11-year old Yogi.

The highlight of the temple is a colourful, musical fountain show which takes place towards the
evening in a setting which is the largest Yagna Kund in India. More than 2,000 steps lead down into a step-well where a lotus-shaped Yagna Kund is situated and a spectacular display is put up which is a must-watch!

Entry to the Akshardham Temple is free for all for the temples and gardens; however, all exhibitions are paid ones and cost a nominal fee. One can easily spend an entire day here, so make sure you spare enough time, as there are usually long queues for all the exhibitions inside. Please note that cameras, video cameras, mobile phones or any electronic items are not allowed inside the complex and it remains closed on Mondays.

If you want to witness the admirable feats of magnificence man is able to achieve with the power of faith - then this marvel is not to be missed! 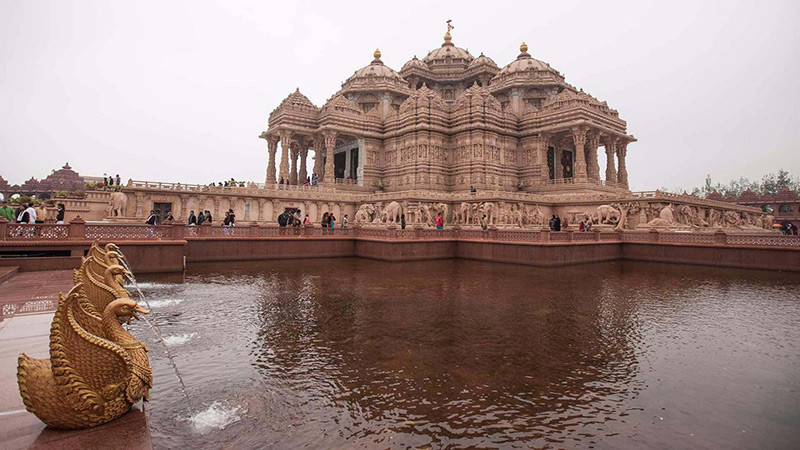 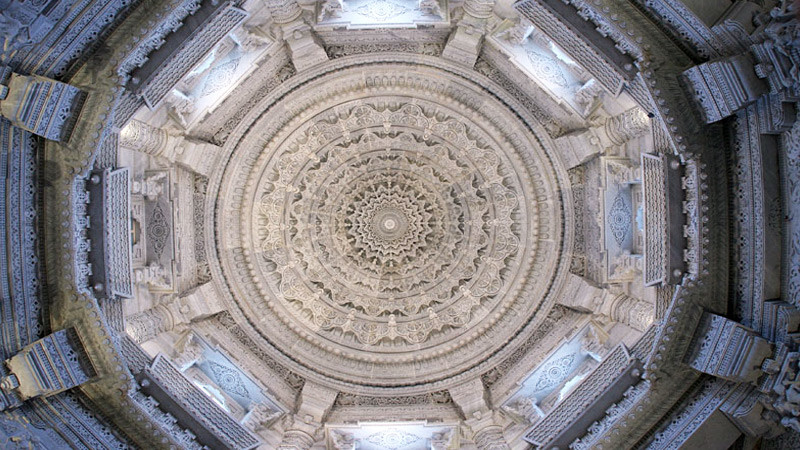 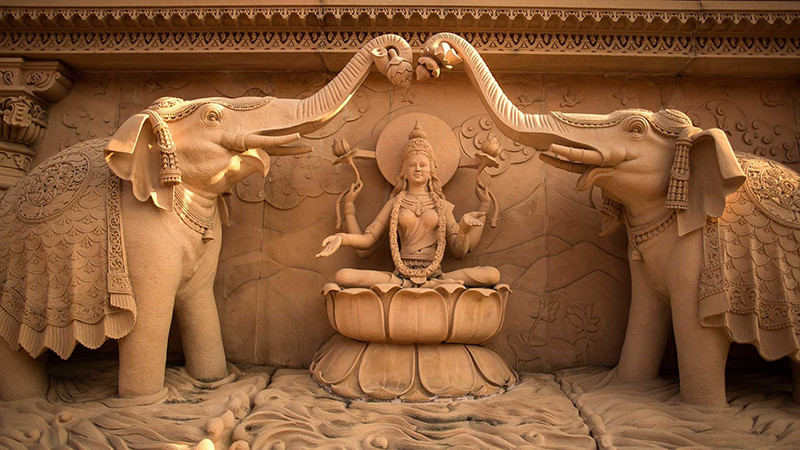 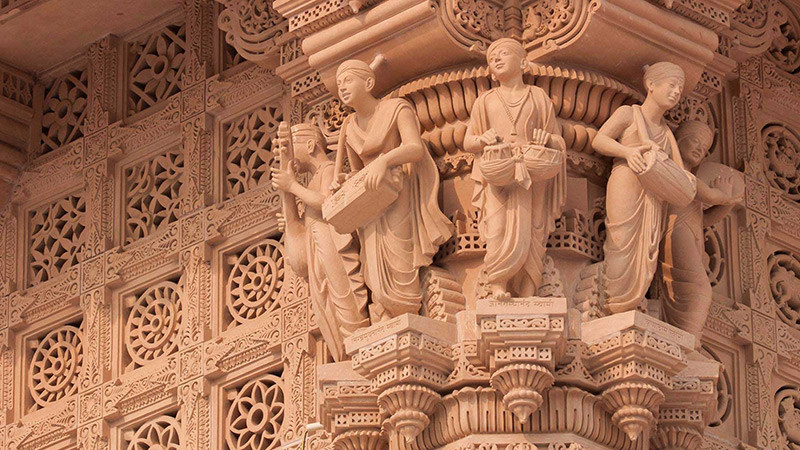 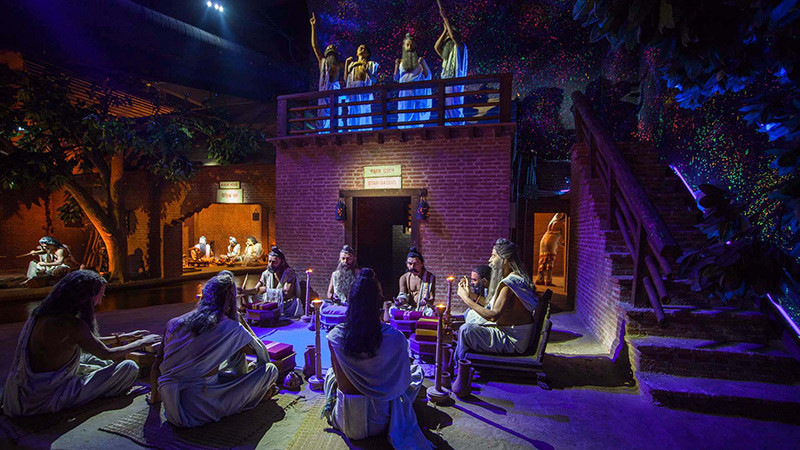 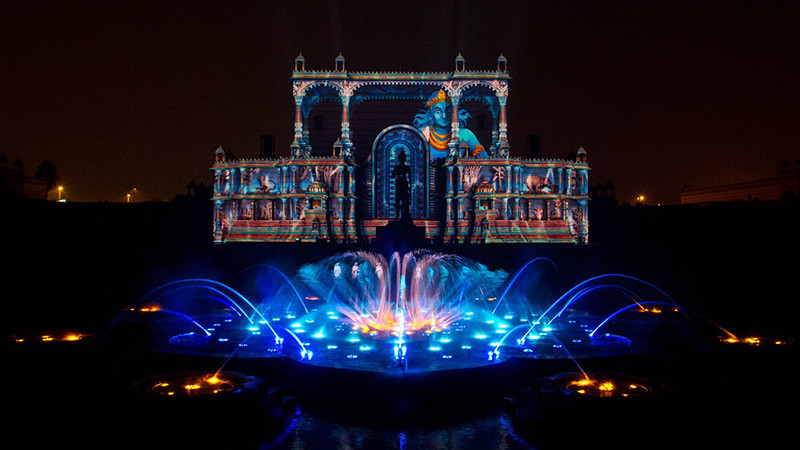