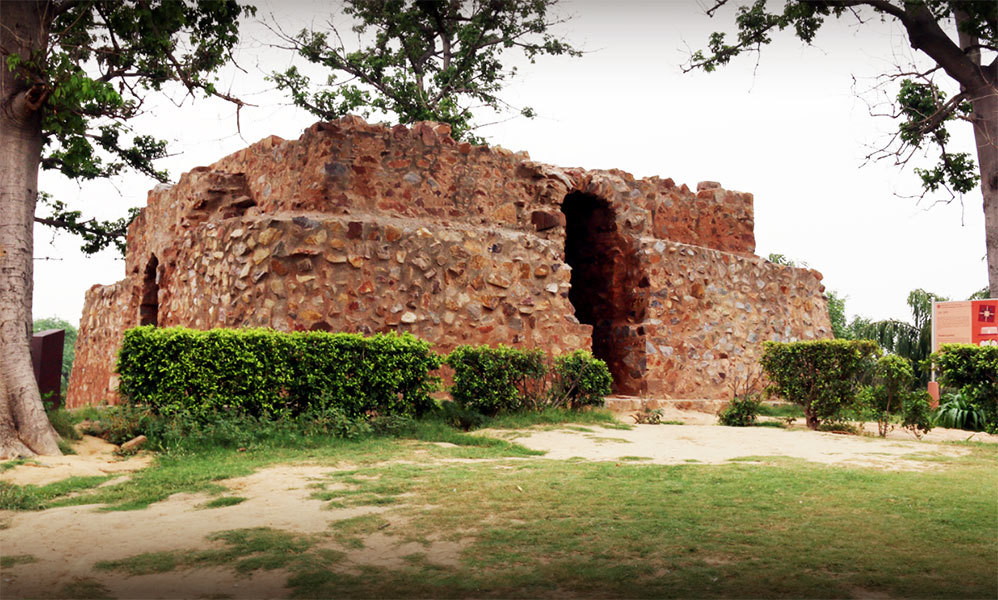 A bit of an oxymoron, it is believed that this particular structure is named so because time has eroded its head – the dome and one upper storey. Logic says that it would have been something else at the time. Exactly what, is a good question!

Munda Gumbad is one of the many structures in the southern part of Delhi. You can locate it inside Deer Park in Hauz Khas. Deer Park is a goldmine in itself, as it is full of broken down structures telling stories, a pretty lake, and deer of course, along with peacocks, squirrels and many other small, random animals spotted. 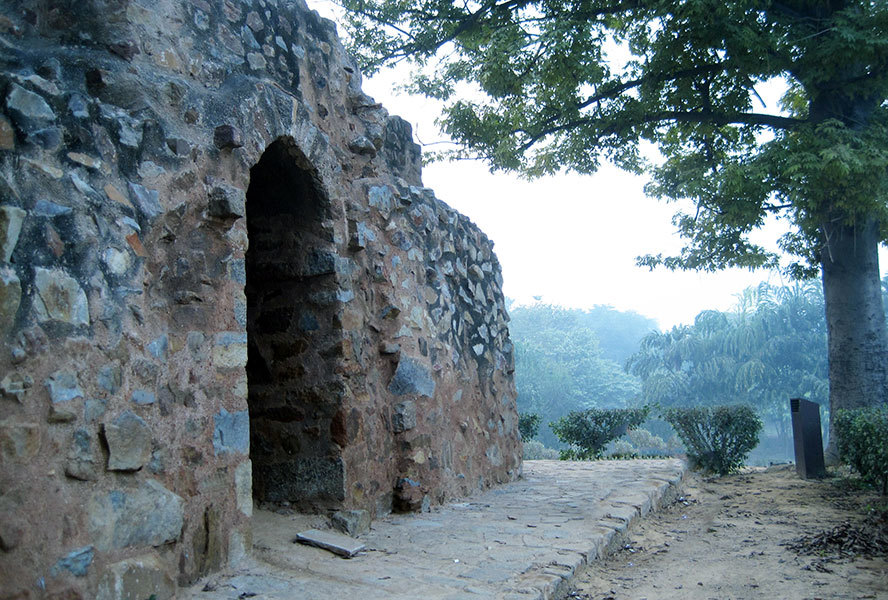 Munda Gumbad is a pavilion inside Deer Park located next to the Hauz Khas lake built on a raised hill-like mound. The structure was built by Allauddin Khilji of the Khilji dynasty in 1295 AD.  It is believed that the lake closeby used to be a massive water tank, providing water to Siri, one of the cities of Delhi, ruled over by Allaudin Khilji and Muhammad Tughlaq.

The pavilion was (back then) built in the centre of the tank, and was connected to the city through a causeway. Many wars were subsequently fought, and the tank was said to have been partially destroyed by the time Firoz Shah, one of the peaceful Sultanates, took over. He reconstructed the entire tank, added stones to make embankments and made it functional again. 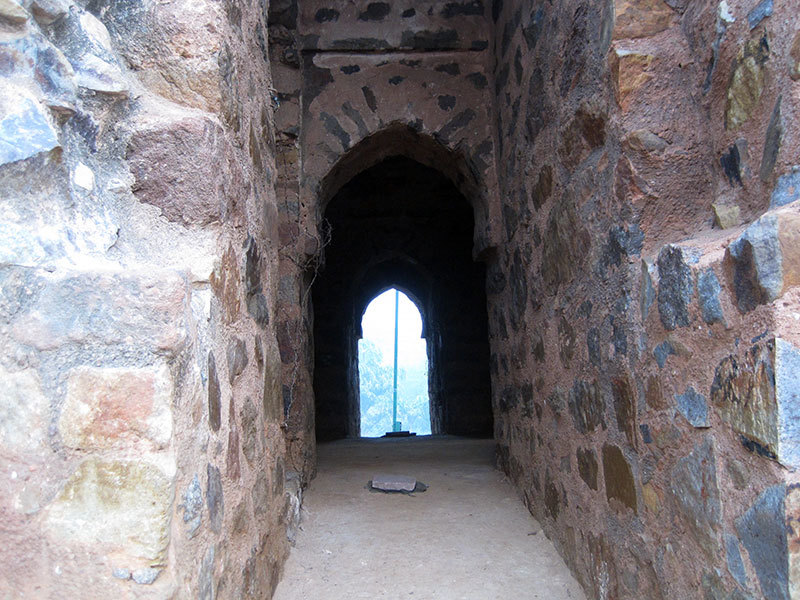 Today, the tank is a lake and the water body has reduced tremendously in size. The lake houses a number of ducks and fish and makes a pretty place for spotting birds, especially during winters. You will be able to see many a photographer clicking away merrily. 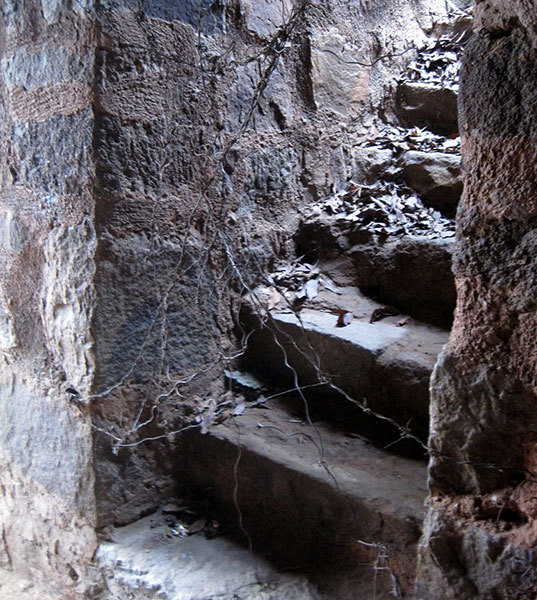 The structure itself, at the moment is built on a raised platform. According to a sign board next to it, it is made up of random rubble. It is square in shape, with arches on all four sides, allowing passage inside the inner chamber.

There is a flight of steps on all four sides that lead to the second storey of the pavilion. The entrance to the stairs is covered with barbed wire. The guards have stopped entry to the roof because a child fell from the roof and died a while back and only fervent requests allow you to take a peek of the roof. Inside, the chamber has a dome-shaped ceiling.

From a distance, it looks rather magnificent. Perhaps because it is built on a height, a hill-top, on top of grass that needs trimming. Children play hide-n-seek around it, run up the hill and roll down. It is quite a popular spot for people to sit or run and make merry. A good crowd is generally spotted in winters.

How to Get There

Enter Deer Park, no matter what entrance you take, there will be signboards leading you to Hauz Khas Lake. Once there, walk along the lake anti-clockwise. Keep walking till you come across a big mound of green grass on your left. That’s where you’re supposed to be. You cannot miss the structure if you have taken a stroll around Hauz Khas Lake.

So take your cameras out and spend a day reliving history!