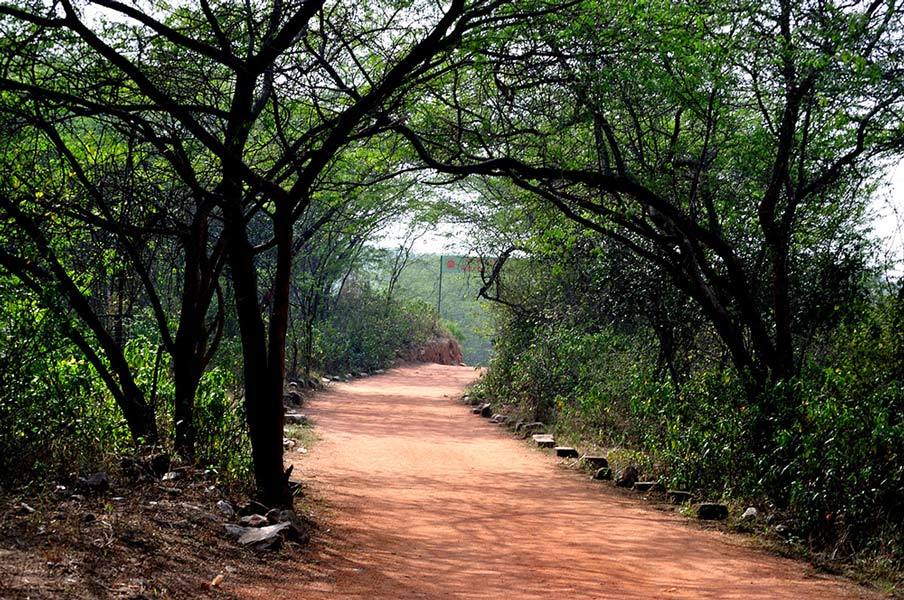 Technically, Sohan Gate was a gate on the walls of Lal Kot or to be precise the walls of Qila Rai Pithora, the earliest city in Delhi built by the Tomar and Chauhan Rajputs. The Sohan Burj is believed to be a bastion built to protect the gate. Nevertheless, all of them are presently in ruins and they are hardly distinguishable from one another. In fact, half the ancient city now lies in the densely populated localities of Lado Sarai and Saket.

Some of these portions have been renovated but the remaining half of the ancient fort walls has now been engulfed by Sanjay Van, a protected forest that is very important for the environmental wellbeing of South Delhi. This factor also makes the area difficult to access and most of the major gates and bastions of the old fort now only look exotic on the map! Nevertheless, even in this state they never fail to remind you of the glory that they possessed at one point of time.

An Unexpected But Enlightening Trek 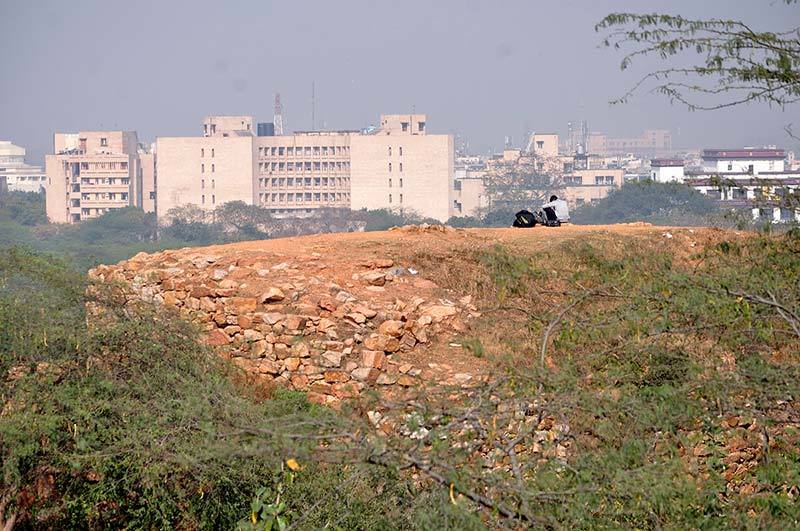 In case of Sohan Burj, or for that matter, any of the forgotten portions of Lal Kot, the most exciting aspect is the trek that leads to them rather than the structures themselves. It’s hard to imagine a ‘trek’ within a metropolis like Delhi, but it’s actually a nice day trek that takes you through a trail of gradually decreasing habitation, little hillocks and dry but dense forests.

Visitors are pleasantly surprised when they locate peacocks and deer in the wild. The deer have probably been introduced by the authorities here recently, but it is a delight to see them roaming freely rather than being caged in a zoo. 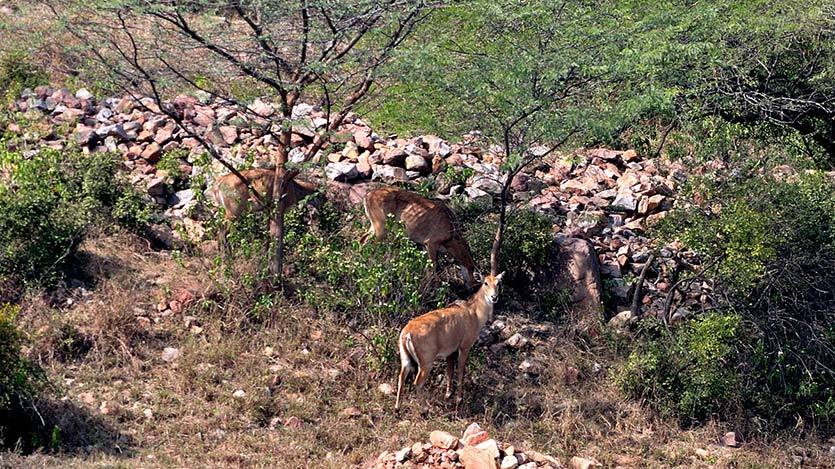 If you’re approaching it from the side of Qutub Minar, after crossing some small hillocks you should locate the well maintained jogger’s trail which is now covered on both sides with plantations of medicinal herbs and trees.

The fort wall runs alongside this trail and eventually you have to take a diversion to reach the fort. After that you can keep walking along the ruined wall to locate the destroyed gates. The Ashiq Allah Dargah is also visible from one point atop the walls and there are even a twin graves with a caretaker guarding them. He claims it to be that of Prithviraj Chauhan’s daughter and her guru, but that information is not verifiable. 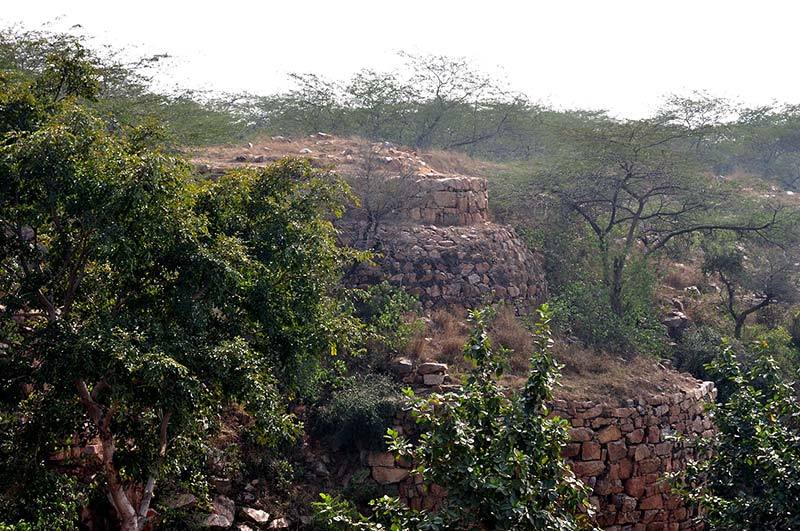 The easiest way to find this spot is to reach the Qutub Minar bus stand and take one of the roads that leads to the interiors of the Sanjay Van. The one that passes by the Jogmaya Temple or the Taleem Nursery School should lead you to the trail.

Once you find the remnants of the wall, just try not to lose sight of the walls, so as not to get confused. It takes a few hours to reach the spot and come back. So carry some water with you if possible as you won’t find anything inside.

Wanna go on a medieval trek inside the concrete jungle of Dilli - this is where you should head to!