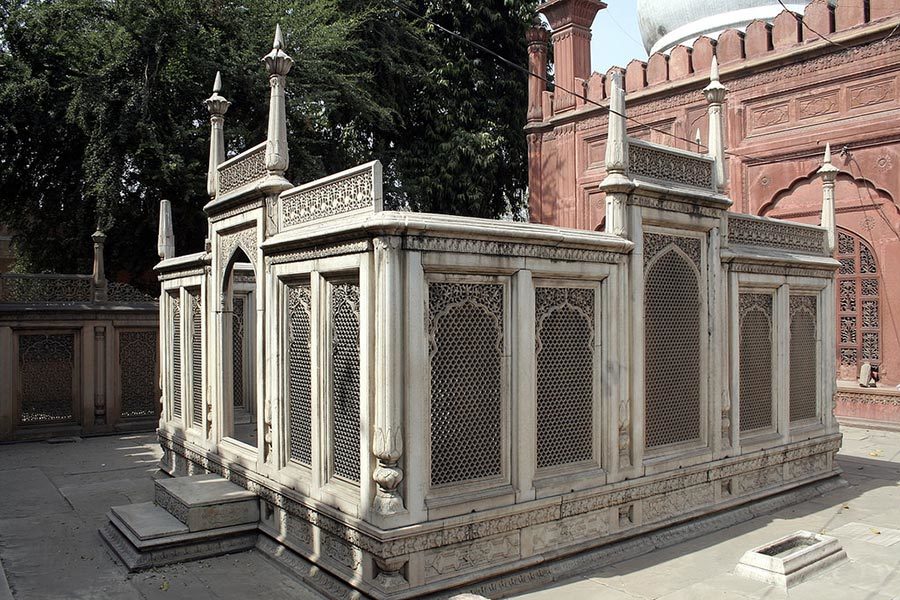 Tombs and memorials are found aplenty in Old Delhi. From Razia Sultan to Mirza Ghalib, the walled city is filled with memories etched on stone and concrete. If you still want to delve deeper into history, Ghaziuddin Khan’s Madrasa and Tomb is a place you can visit. It’s a three hundred year old institution and is still a functioning centre of Islamic studies and teachings. Come, follow us in!

Ghaziuddin Khan's Madrasa as well as the tomb now lies near the busy Old Delhi area - Ajmeri Gate. It was constructed in 1692, during the reign of Aurangzeb when the Mughal Empire was still at its strongest. Ghaziuddin Khan was an influential nobleman in the royal court who also sired the first Nizam of Hyderabad. He was keen on spreading education among the masses and hence he built this establishment as a centre for Islamic teaching along with his own mausoleum in the compound.

The Madrasa closed down temporarily after the decline of Mughals but the East India Company reopened it in order to spread English education too and so it became a centre of education that bridged the East and the West. It blossomed slowly to become a full-fledged college. But eventually the college was shifted to a different building nearby and now we know it as the Zakir Hussain College. The old heritage building now houses the Anglo Arab Senior Secondary School.

The building is notable for its red sandstone architecture and imposing domes as well as minarets reminiscent of its Mughal glory. While it has gone through a lot of dilapidation, the authorities are now making an effort to repair and restore it to its former glory. The tomb of Ghaziuddin Khan is also located within the compound. It’s a small but keenly decorated marble structure with floral motifs and intricate latticework. The tomb is guarded with grills and it remains locked most of the time.

Things To Keep In Mind

Firstly, please note that it is not easy to get access to the interiors of the building. Photography is unlikely to be allowed inside and you need to ask permission of the principal to get anywhere near the tomb. You are expected to maintain decorum and respect the sanctity of the educational institute.

The other point you need to keep in mind is that it is located just at the start of the infamous GB Road (now rechristened to Shraddhanand Marg). Ghaziuddin Khan’s Tomb is easy to locate. You just have to come out of the New Delhi Metro Station and locate the famous Ajmeri Gate near Kamla Market; and you will find it on the other side of the road.

There you go - we’ve unveiled yet another one of Delhi’s under-discovered gems!